From the harvest that begins in September, Artemisa plans to export another 18 tons, to complete 54. Photo: Otoniel Márquez.

Its advocates argue that there is nothing sweeter than bitter coffee. With the substantial increase in purchase price, it certainly tastes sweeter to growers. The real bitters are the processing companies, since this measure has generated losses that they will have to compensate for in an unusual way.

Before, the only concern of Eladio Machín, from Cienfuegos; the Asdrúbal López, from Guantánamo and the Luis Bocourt, from Artemisa, consisted of collecting the grain, reducing its humidity, crushing it to remove the hull, classifying it according to its size and eliminating defects by weight (grains greens, broken kernels or shells). and color (black, white, fermented and canary).

In these moments, they must add other elements. In the Artemiseña company located in Bahía Honda, they also make charcoal, harvest palm kernels, sell yaguas, rice, mameyes… to improve their income.

It is no longer enough for them to benefit from the product of the five pulpers in the West, three from the province of Artemisa and two from neighboring Pinar del Río; they have no choice but diversify production, since the fruits originating from the highlands of Abyssinia, today Ethiopia, bring them considerable losses.

It is well illustrated by Carlos Espinosa Piedra, manager of this coffee processor. “In order to collect all the cereals, the state increased the purchase price to the producers, without taking into account the coffee value chain, which requires a processing process.

“So in 2021 we bought a ton of Arabica coffee at 149,000 pesos and sold it at 71,939; that of the Robusta at more than 83,000, and we received 46,200 for its sale. Due to the noticeable difference between the buying and selling prices, the losses last year amounted to more than nine million pesos,” he reveals.

This was the case in Cienfuegos, despite higher levels of efficiency, and more severely in Guantánamo, according to Rolando Martell, director of financial accounting at the processor Asdrúbal López, where they had to face losses amounting to 186 million 297 thousand pesos.

Martell warns that Guantanamo was distinguished by its solidity, backed by productive and economic results that reflected the audits and criteria of financial institutions. What has deteriorated its indicators is the incongruous gap between the purchase prices of raw materials and those of the sale of worked and processed coffee beans.

Espinosa Piedra, director of Luis Bocourt, points out that this situation influences the impossibility of applying monetary incentives to workers or distributing profits at the end of each quarter. On top of that, they had forecast an average salary of 3,900 pesos, and only reached 3,270.

After numerous analyzes, the Ministry of Finance and Prices approved the Agroforestry Group (GAF), belonging to the Ministry of Agriculture, subsidies to the various processors in the country worth 419 million pesos, he said. he declared to Cubadebate Elexis Legrá Calderín, GAF Coffee, Cocoa and Coconut Manager.

“This year, a new grant will be approved again, but not to the product, but intended to honor the commitments with the producers and the Bank”, he specified.

“Companies will continue with losses due to the difference in coffee prices, which limits the application of wage incentives, differentiated payments or profit sharing. Our strategy is to promote diversification and increase exports, to get more income.”

Another path that does not involve giving up 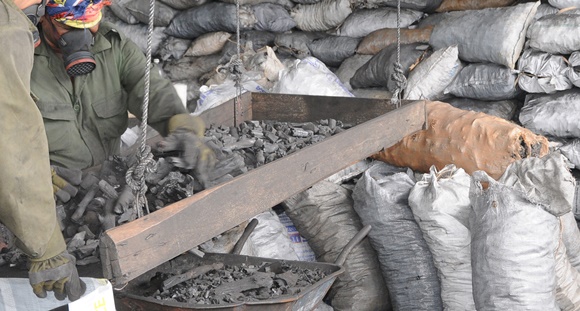 Its charcoal is in great demand at fairs and points of sale in Bahia. This year they plan to sell 114.5 tons. Photo: Otoniel Marquez.

So in the processor located in Bahía Honda they take the path of diversification, in search of the profitability they so badly need.

“His it does not mean giving up harvesting more and more coffee. We intend to collect more than 200 tons in 2023. We have already created a UEB café managed by WCY, in La Palma, Pinar del Río. On October 30 another will be born in Sabanilla, San Cristóbal. And before next Friday the 26th, we have to create the Pinar del Río coffee subsidiary,” emphasizes the director of Luis Bocourt.

“This year, 36 tonnes of ours were exported to the Netherlands and Japan: 18 of Serrano Superior and the same amount of Serrano Lavado. The plan for the year amounts to 54. The other 18 correspond to the harvest that will begin in September,” adds Iván González Costa, production manager.

“We intend to become an exporting company, although this aspiration has not yet materialized; For now, we do it through Cubaexport.

“We have dedicated 92,980 CL (Liquidity Capacity, exchange control instrument) to producers so that they can buy batteries, lime, herbicides… We also organize fairs or direct sales of the supplies we have in stock.

“But currently the main production of the company represents 20% of income (barely 11 of the 45 million pesos). And the diversification has made it possible to reduce the expected loss, from six million to just over three, ”reveals Lázaro Proenza, economic of the entity.

A new medicine and much more

Palmex, an effective nutritional supplement, is made with palm nuts sent from Rancho Canelo to CNIC

“We top the palm nuts and send them to the National Center for Scientific Research (CNIC),” explains Gelasio Rivera, boss of the group that is making the most progress in its diversification efforts: the Rancho Canelo farm.

An upright, industrious and enterprising man, this veteran charged his people with spirit, there in the heart of the hills of Bahía Honda, nearly 40 kilometers from the municipal headquarters. Where the weeds grew, they erected showy coffee plantations: they uprooted more than 200 hectares of coffee trees from the mountain. Her dreams multiplied into thousands of boxes full of cereal, with steady growth.

The farm therefore belonged to the Minint. “We have managed to have 170 workers, and we have 34 left, due to the difficulties in continuing to serve them as they deserve.” Until recently, they numbered 70. “Having a sufficient workforce has become extremely complicated.”

Of course, only the results of the work will transform this landscape. Amidst these efforts, they have become the architects of diversification.

With the palm nuts sent to the CNIC, the promising Palmex is made, a very effective nutritional supplement to relieve the symptoms of benign prostatic hyperplasia. Every month, they deliver two and a half to three tons, which earns them about 50,000 pesos. They also sell it in the city itself, and between the two sales they earn around 70,000 pesos.

José Amador and Carlos Cavada climb the trunks of palm trees to heights of 25 to 40 meters. Together with Isael Figueroa, Mario Luis Valido and Roberto Travieso, they have made the palm nut a distinctive element of the Bahiahonda company.

A small brigade collects and sells yaguas in Bahia, earning them between 15,000 and 20,000 pesos. And five other cassava plants, sweet potatoes, rice… for self-sufficiency, sale to workers and part to the population.

As if that weren’t enough, on the exact date and with a waning moon, they harvested such quantities of mamey that they far exceeded 55,000 pesos. And it would have happened the same way with the mango, had it not been for the scourge of pests and the lack of power in the sector.

“We are beaten with raising dark-haired pigs. By December, we hope to have more than a hundred. We sold a lot of ginger. And we have good coffee nurseries. I plan to sell between 13,000 and 15,000 Robusta plants to plant in the plains,” Gelasio says optimistically.

Every Artemiseño knows that Angérone (on the outskirts of the provincial capital) became the largest coffee plantation in the country, and Cuba the world’s leading exporter in the early 19th century. However, when it produced 62,000 tons a year in the 1960s, it only stored 6,000 and imported 8,000 a year to guarantee the supply of families.

Turning this situation around will now depend on tenacity, diversification and the use of all formulas that translate into profits and motivations, putting endless ideas into every cup of coffee. 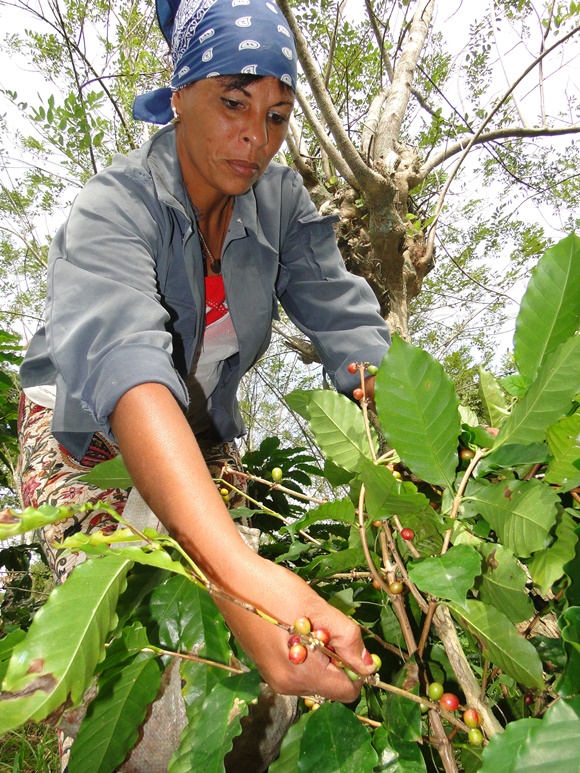 Despite the diversification, they do not give up harvesting more and more coffee. Photo: Otoniel Marquez. 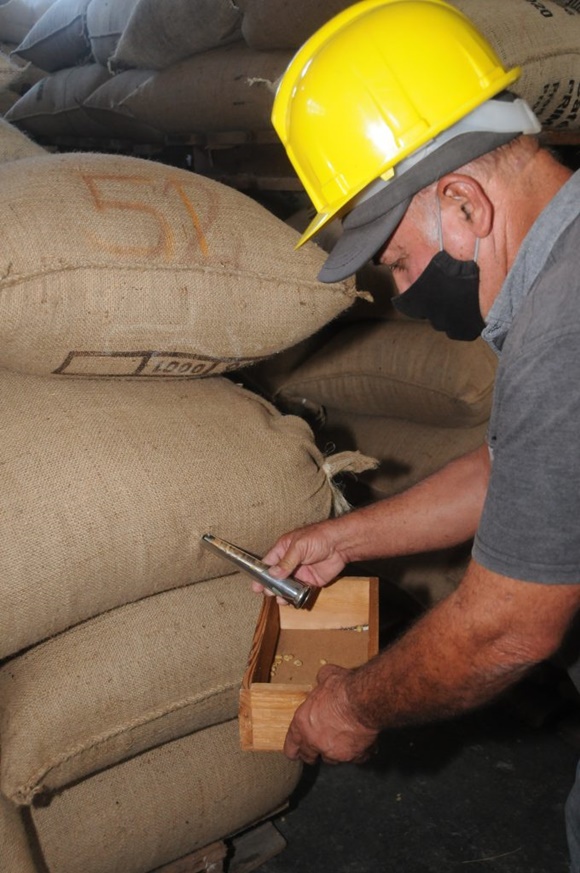 The coffee undergoes an essential treatment process after it is collected. Photo: Otoniel Marquez. 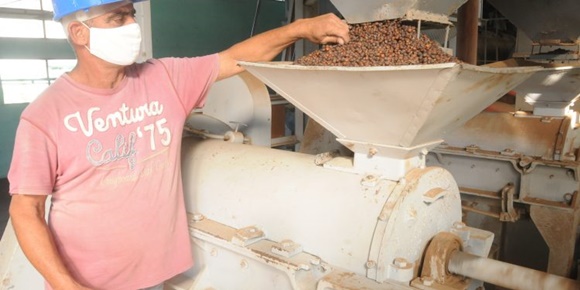 They reduce moisture, grind, classify and eliminate their defects by weight and color. Photo: Otoniel Marquez.

I tried to give all kinds of news to y’all latest news today 2022 through this site and you will like all this news very much because all the news that we always give in this news is always there. It’s on a trending topic and regardless of the latest news

it was always our effort to reach you that you continue to get the Electricity News, Degree News, Donation News, Bitcoin News, Trade News, Real Estate News, Gaming News, Trending News, Digital Marketing, Telecom News, Beauty News, Banking News, Travel News, Health New, Cryptocurrency News, Claims News the latest news and you always keep getting the news information for free through us and also tell people. Give that any information related to other types of news will be

All this news i made and shared for you, you will like it very much and we keep bringing you topics like every time so you keep getting hot news like trending topics and you It’s our goal to be able to have

all kinds of news without going through us so that we can reach you the latest and best news for free so that you can go further by getting the information of this news with you. Later we will continue

to provide information on more world news update today types of latest news through posts on our website so that you always keep moving forward in this news and whatever type of information will be there, it will definitely be passed on to you.

All this news that I have brought to you or will be the most different and best news that you will not get anywhere, as well as the information Trending News, Latest News, Health News, Science News, Sports News, Entertainment News, Technology News, Business News, World News of this made available to you all so that you are always connected with the news, stay ahead of the game and continue to today’s news all types of news for free till today so you can get the news by getting it. Always take two steps forward