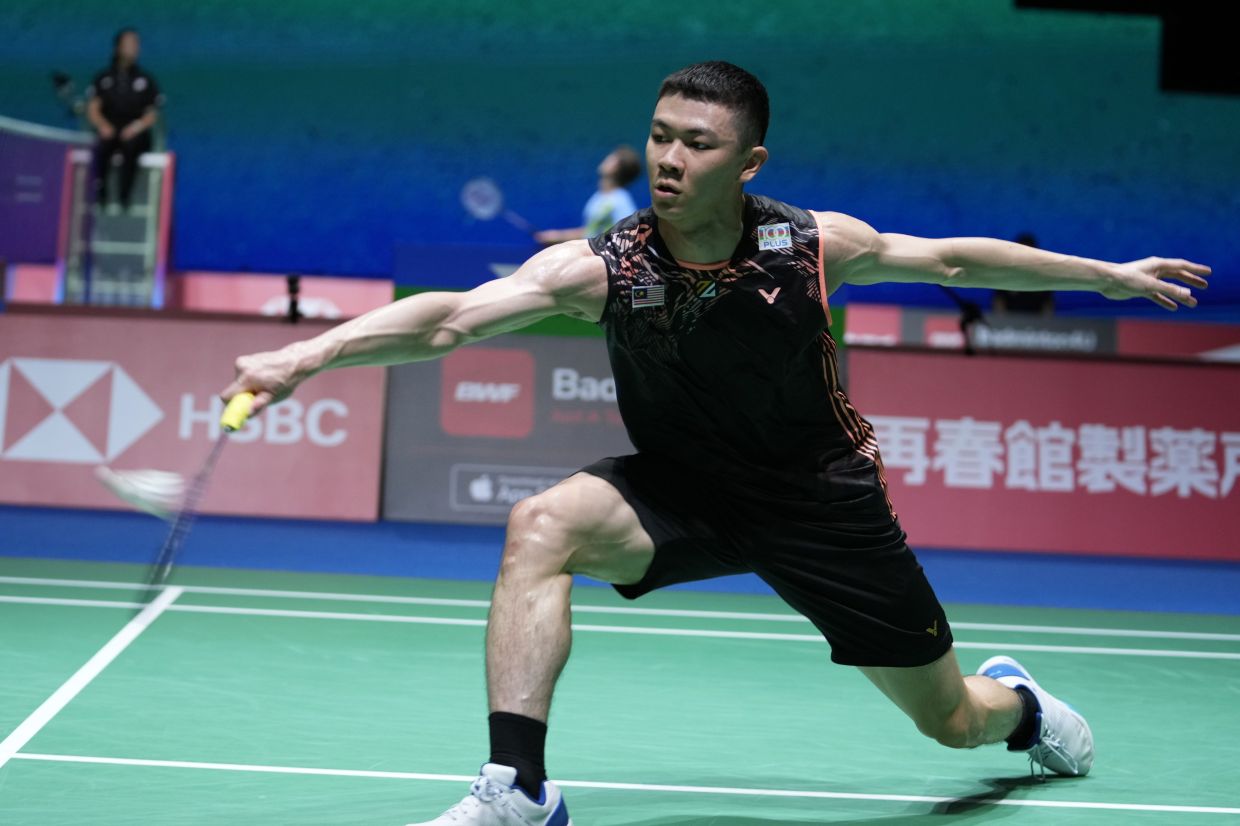 SHUTTLER Lee Zii Jia has warned his rivals of his intention to win the world title after getting off to a strong start in Tokyo.

The world number 5 turned in a clinical performance to score a convincing 21-9, 21-13 win over France’s Brice Leverdez in 45 minutes at the Tokyo Metropolitan Gymnasium yesterday.

Leverdez came with a reputation for beating some of the best in the game, as even legend Lee Chong Wei once suffered at his hands, but Zii Jia would have none of it.

Not only did he win it in style, but he reiterated that he was in Tokyo with a mission and that was to become the first major title holder.

“It was an easy match. So far I feel pretty good. It’s been a while since I was back on the court (in competitions) so I’m very excited,” Zii said. Jia.

“I skipped the Commonwealth Games to really prepare for the World Championships because we all know Malaysia didn’t win that title.

“As I said before, I want to be the first to win this title.

“The last Olympics were here, so it feels good to be back in Tokyo.”

Such confidence is rarely seen in Malaysian athletes and even Zii Jia himself was conservative, but he made the bold decision and made it clear that he wanted to win in Tokyo, knowing full well it was the only way to end the debate about his absence from the Commonwealth Games.

It will likely become easier for Zii Jia in the second round as he is set to face the unheralded Bernardo Atilano of Portugal tomorrow.

Too hard: Denmark’s Viktor Axelsen returns a shot to Liew Daren in their first round match. — Badminton Pictures

Daren, 35, who is also Zii Jia’s sparring partner, couldn’t keep up with the intensity of Axelsen, the 2017 world champion, and was knocked out in 42 minutes.

Axelsen said he was comfortable although there would always be pressure, especially after winning five titles this year.

“I was really focused on my best game today and I’m happy to do that,” Axelsen said.

“There is always pressure when I go on the court and I have carried that burden on my shoulders for many years. Pressure is a privilege.

One of Axelsen’s rivals Anthony Ginting, however, flirted with danger before the Indonesian bounced back to beat Brazil’s Ygor Coelho 13-21, 21-15, 21-12 to advance to the second round .

The competition was upset so far when third seed Anders Antonsen of Denmark suffered a shocking 21-15, 21-19 loss to Kenta Nishimoto of Japan.

Chinese dangerman Shi Yuqi, returning from an internal suspension, warmed up with a 22-20, 21-10 win over Azerbaijan’s Ade Resky.

Yuqi, playing his first competitive game in almost 10 months, will face Denmark’s Rasmus Gemke in the second round.