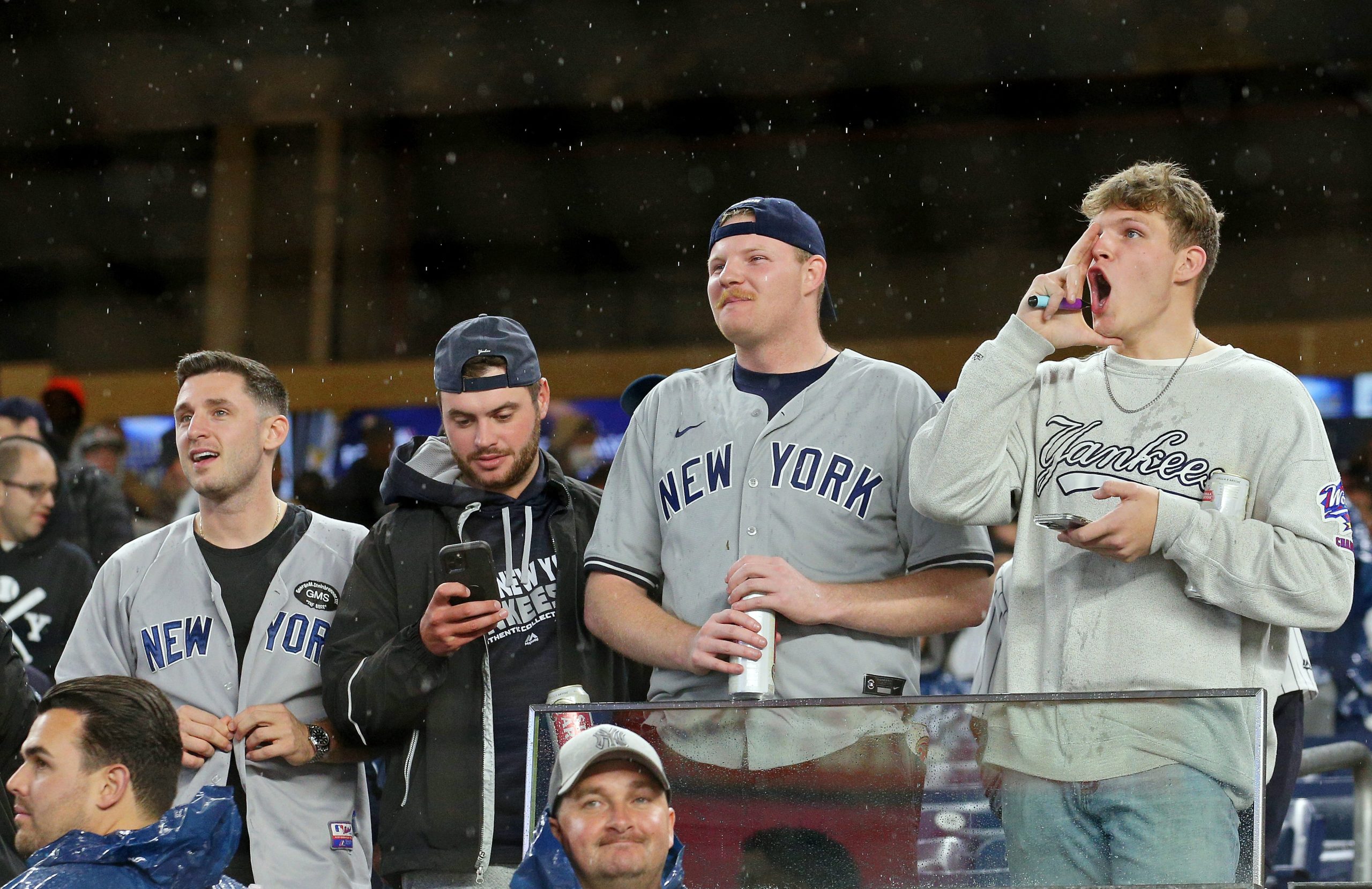 The fifth and deciding game of the American League Division Series between the Cleveland Guardians and the New York Yankees was to be played on Monday. Mother nature, however, had other ideas.

Fans spent hours at Yankee Stadium. Many have undoubtedly spent money on concessions. Other than that, fans spent hours at the stadium on a weekday, which is sure to throw a wrench in school and work plans on Tuesday, for a game that hasn’t even been played. Naturally, baseball fans were upset.

Per Lindsey Adler of The Athletic, Chris Marinak, MLB’s director of operations and strategy, then released a statement.

In it, he said (among other things) that “To have fans, players who come to the stadium and end up not seeing a game, that’s obviously the worst result from our point of view. Obviously, if we had a forecast that said that was the fork we were going to get, we would have made the decision earlier in the evening to just postpone the game and give it a shot tomorrow.

Statement to The Athletic from Chris Marinak, Director of Operations and Strategy for Major League Baseball: https://t.co/lOBrVHVgqx pic.twitter.com/5KZR2awCtw

Adler clarified later that some of the grammatical issues, like “hame” instead of “game”, were hers, as the statement was read to her over the phone and she was typing and walking.

Unfortunately for MLB, this statement was widely criticized for several other reasons.

I’m not sure who MLB consults with for weather, but I’m pretty sure any forecast I received from a reliable meteorologist would have said “that was the range” they were going to get. https://t.co/HeZs7YW5bN

The older you get, the more you realize how totally incompetent the majority of people, and therefore organizations, are. https://t.co/lV3ORo5m49

You can really feel the true sympathy with the use of “et cetera” https://t.co/86KB8Hr17N

The backbone of Major League Baseball:

MLB thinks they got it right! 👍 https://t.co/guuq4IMD5d

Manfred should be fired for this. https://t.co/2lHLYEvWm1

Annoying. @StatsOnFire said so many times. MLB powers that run the sport like they hate it. https://t.co/5Tv9LIt9mF

Worse still, shortly after the game was stopped, the sky cleared.

By the way, the sky has cleared and the ground looks playable. Never mind. pic.twitter.com/4TcgGxobRZ

Obviously, MLB has no control over the weather. And while rains are frustrating, they are part of the game, especially in outdoor stadiums.

That said, it was horribly handled. And acting as if MLB doesn’t have access to readily available weather forecasts is either dishonest, or a sign of incompetence, or a combination of both.

MLB would do well to find a way to catch up with fans who were inconvenienced by what happened on Monday. Maybe it’s a free hot dog and soda on Tuesdays, free tickets to a game next season, or something else. Either way, some sort of olive branch should be extended.