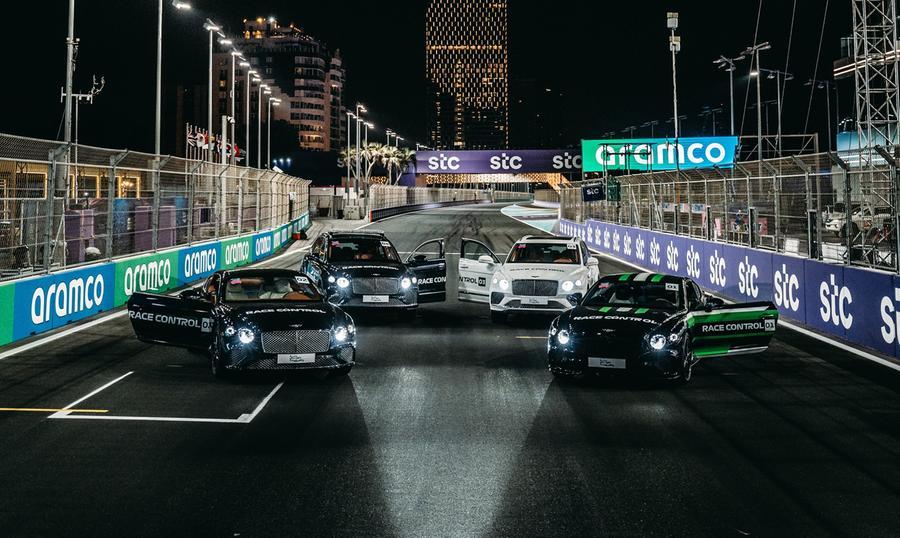 For the second consecutive year, Bentley Saudi Arabia made an impressive appearance on the track at the prestigious Formula 1 Grand Prix in Jeddah, one of the highlights of the global motor racing calendar, which ended on Sunday.

Following the iconic automaker’s first appearance at the Jeddah Corniche circuit in 2021, Bentley has been invited to return in 2022, further cementing the strong bond between Bentley Saudi Arabia and the Saudi Motor Sport Federation (SMF).

As was the case in 2021, Bentley was once again one of the highlights of the Saudi Arabian Grand Prix, with Bentley Saudi Arabia represented by two Bentayga and two continental GT race control cars for non-F1 racing. Race management is responsible for monitoring and supervising practice sessions, qualifying sessions and the race itself.

Peter Smith, managing director of Bentley Saudi Arabia, welcomed Bentley’s return to Formula 1 in Saudi Arabia. “It was a great honor to compete again in the Formula 1 Jeddah Grand Prix in 2022,” Smith explained. “To be invited to participate in consecutive years is of course a great honor and shows the high regard that Bentley is held in Saudi Arabia by both car owners and the Saudi Motor Sport Federation.”

“With our rich history on the circuit for over 100 years, Bentley has a clear strategy to support and be present in motorsport events around the world, and in less than two years the Jeddah Grand Prix has become a highlight on the prestigious F1 world circuit.”

“Boosted by the growing popularity of motorsports in Saudi Arabia, the Jeddah F1 Grand Prix is ​​another exciting step in realizing the Kingdom’s 2030 vision of hosting the world’s premier sporting events.”

Bentley’s return to the Jeddah grid adds sparkle to an already busy 2022 for the iconic brand in Saudi Arabia, following the successful arrival of Bentayga’s latest model in January. Designed and engineered in the UK and manufactured at Bentley’s carbon-neutral factory in Crewe, the luxury Variant SUV offers agility and a powerful presence.

Racing is an essential part of Bentley’s DNA. Bentley’s father, WO Bentley was more than just an engineer; he was an avid competitor, a man who unquestionably believed in the importance of motor racing. As he once said: “Our racing policy is part of the very foundations of Bentley Motors, for the two vital purposes of testing and publicizing our cars.”

Bentley cars have developed a superb reputation on the track, with Le Mans celebrating Bentley’s centenary in 2019 by renaming one of its streets in honor of the original “Bentley Boys” who won five Le Mans 24 Hour races between 1924 and 1930.