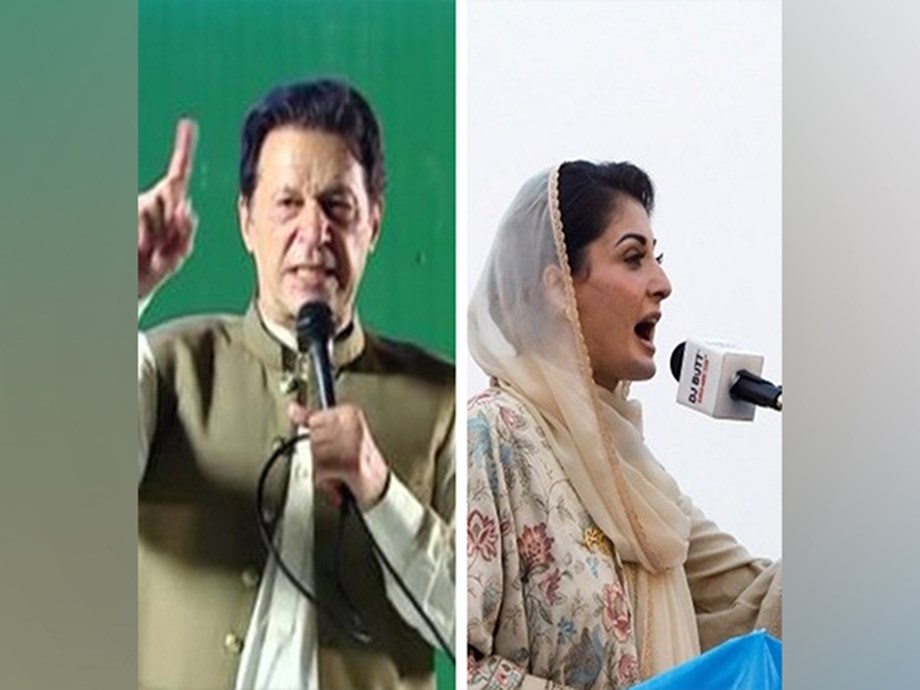 US President Joe Biden’s statement on nuclear weapons has sparked a war of words between Pakistan Muslim League-Nawaz (PML-N) Vice President Maryam Nawaz and Pakistan Tehreek-e-Insaf (PTI) Imran Khan, as the former said, ‘Do you have a grain of shame.’ After Biden’s candid comment on Pakistan’s nukes, former prime minister Imran Khan asked the US president on Twitter on what basis he had made this statement and further asserted that “unlike the United States which has been involved in wars across the world, when did Pakistan show aggression, especially after nuclearization” .

“Equally important, this Biden statement shows the utter failure of the imported government’s foreign policy and claims of ‘resetting relations with the United States’? Is this the ‘reset’? This government beat all records of incompetence,” Khan added. Imran Khan’s response did not go down well with the PML-N vice-president who said, “Do you have an ounce of shame? Instead of putting your petty politics aside and responding like a Pakistanis should and must respond, you openly attack your own country? My God! I have never seen such a narrow-minded and bigoted person as you. Too bad!”

Earlier, Biden described Pakistan as “one of the most dangerous nations” in the world that holds “nuclear weapons without any cohesion.” The American president made these remarks during a reception of the Democratic Congressional Campaign Committee in Los Angeles (California). The Pakistan remarks came as Biden spoke about US foreign policy toward China and Vladimir Putin’s Russia. Biden concluded by saying he considers Pakistan the most dangerous country in the world.

“He’s a guy (Xi Jinping) who understands what he wants but has a huge, huge range of issues. How do we deal with that? How do we deal with that compared to what’s happening in Russia? And what I think is perhaps one of the most dangerous nations in the world: Pakistan. Nuclear weapons without any cohesion,” Biden said, quoted in a White House press release regarding his remarks during the the Democratic Party event.Meanwhile, former Pakistani Prime Minister Nawaz Sharif came to the defense of his country after US President Joe Biden questioned the precarious state of its nuclear program.

“Pakistan is a responsible nuclear state, fully capable of safeguarding its national interest while respecting international law and practice. Our nuclear program in no way poses a threat to any country. Like all independent states,” Nawaz tweeted. Sharif. “…Pakistan reserves the right to protect its autonomy, sovereign statehood and territorial integrity,” he added.

These comments come two days after the release of the US national security strategy. The 48-page document makes no reference to Pakistan. On Wednesday, the Biden administration released the key policy document mandated by Congress, highlighting the threat posed to the United States by China and Russia.

The national security strategy said the two countries are increasingly aligned with each other, but the challenges they pose are distinct. (ANI)

(This story has not been edited by the Devdiscourse team and is auto-generated from a syndicated feed.)