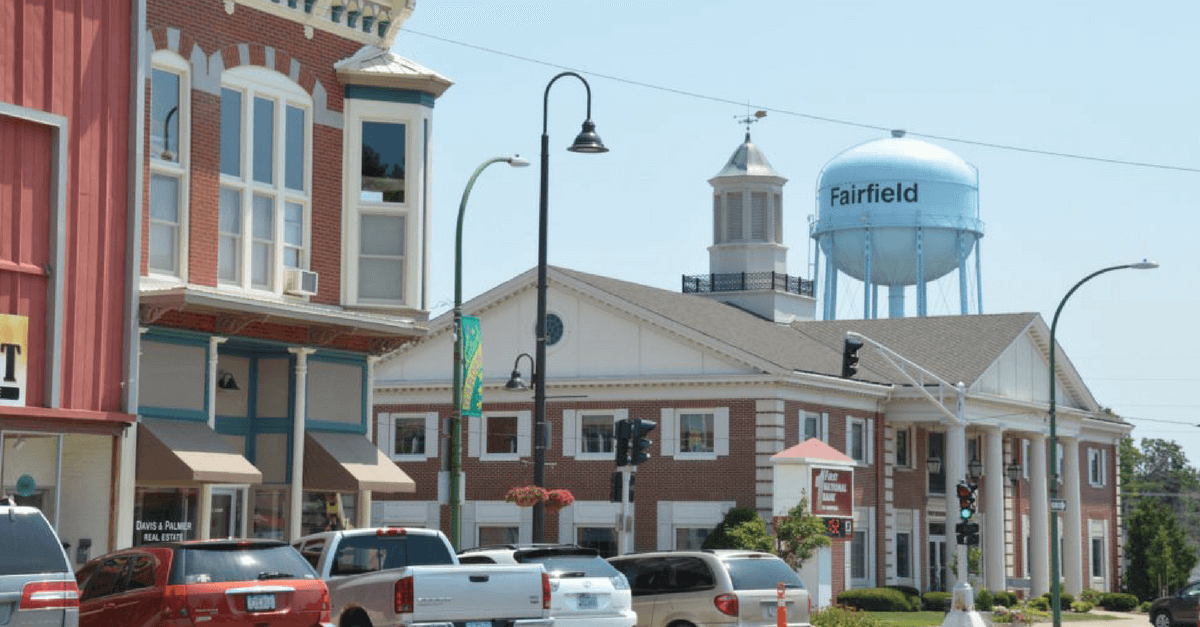 A leader of Fairfield’s Diversity, Equity and Inclusion (DEI) committee was just as shocked as outsiders by councilor Judy Ham’s conspiracy theory-laden tangent during a council meeting mayor in January who equated a statement of fairness with pedophilia and sex trafficking.

Fairfield DEI committee co-chair Adrien Logsdon said his group originally presented the 177 word statement– which could be summed up as the city supporting diversity and being against discrimination – at a council meeting on November 22.

Logsdon said he received no feedback from the board at that meeting. Additionally, Fairfield Mayor Connie Boyer shared contact information for each member of the eight-person committee with the rest of the city council.

“We anticipated the possibility of questions regarding specific wording, but we were never contacted by a board member regarding our statement — nor contacted with concerns about any of our programs at any time,” Logsdon said.

The declaration of intent was put to the vote of the board on January 10. The resolution had to be tabled after Ham derailed the discussion during a nearly seven-minute rant. When later questioned by other city officials, Ham did not explain exactly how the DEI statement related to child molestation or sex trafficking.

Logsdon was equally troubled by Ham’s position – a view other Fairfield officials seemed to agree with, but not so explicitly – since the town already has an anti-discrimination policy in its handbook. Additionally, the DEI statement had already been made available for prior review and comment.

“This statement is not legally binding, nor does it imply that the classes mentioned in the statement are not subject to the same laws as everyone else,” Logsdon said. “We see it as a reaffirmation of existing anti-discrimination policies and a way to communicate to the community that there is a genuine commitment to uphold them.”

Originally called the Fairfield Multicultural Committee, the DEI Committee was formed in the summer of 2020 following the murder of George Floyd. The committee meets monthly, although some sub-committees meet more frequently as needed.

The DEI committee is responsible for:

Logsdon said the committee was modeled after similar committees in Iowa. The group’s statement of intent draws on statements from the cities of Ames, Cedar Rapids, Davenport and Iowa City.

Fairfield City Council can vote on the DEI statement at its meeting today (Monday, January 24). Logsdon said committee members will have an opportunity to speak.

“My concern is that if they vote ‘no’ on this statement, it may mean they disagree with the anti-discrimination policies that currently apply to all employers,” Logsdon said. “There’s potential here for a lot of community members to feel very unsafe – which I think many already do, having heard some of the general accusations against them.”

Fairfield is one of the most unique communities in Iowa due to the presence of Maharishi International University, a feature that gives the town an overall diverse population. However, this does not mean that the city is some kind of racial and discrimination-free utopia, which is why the DEI committee exists and defends everyone.

“The Fairfield community is full of diversity, which is why we believe tolerance and harmony are all the more crucial and important,” Logsdon said. “This committee has been around for just over a year and a half and during that time we have had the privilege of hearing the stories of many members of the Fairfield community.

“Their stories reaffirmed our commitment to this declaration and its importance. While it is comfortable to believe that discrimination does not exist here, the people of this community who have shared their stories with us say the opposite. We are not immune to the effects of discrimination.