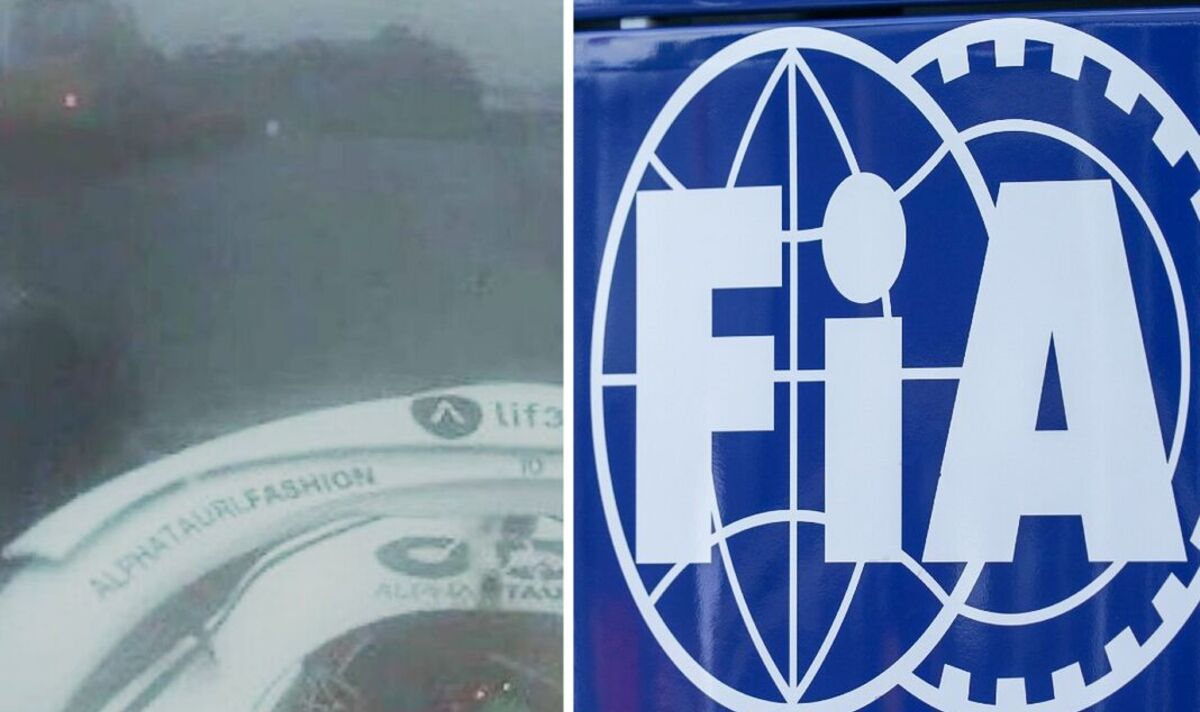 The FIA ​​has announced it will launch a “thorough investigation” into the incident at the Japanese Grand Prix, where a recovery vehicle was launched onto the track while the cars were still traveling at speeds of up to 150mph. Pierre Gasly nearly crashed into the tractor as he tried to catch up with the safety car before the race was stopped due to the difficult conditions.

The vehicle was released onto the track on lap two to collect Carlos Sainz’s Ferrari after the Spaniard crashed on the first lap of the Grand Prix due to wet weather. All drivers were told to follow the safety car for the next lap to allow a marshal to collect the car, as the crane was already on track by the time the peloton next passed.

However, Gasly had stopped to replace his front wing after being tied up with a billboard during opening proceedings. He was traveling at around 150mph, much faster than his colleagues when he reached the recovery vehicle, which had only come into view by meters previously due to poor visibility created by the poor conditions, with the red flag being launched around the same time.

The presence of the crane was widely criticized by other Formula 1 drivers, especially given the events of the 2014 Japanese Grand Prix. Jules Bianchi crashed into a recovery vehicle during the race at Suzuka, which unfortunately cost the life to the Marussia driver.

Now the FIA ​​has issued a statement on the incident, confirming that it will launch a full review into what happened.

It read: “Although it is normal practice to recover cars in SC and Red Flag conditions, due to the particular circumstances and also taking into account feedback from a number of drivers, the FIA ​​has launched a review deep dive into the events involving the deployment of recovery vehicles during the Japanese Grand Prix.

“It is part of standard practice to debrief and analyze all racing incidents to ensure continuous improvement of processes and procedures.”

For his part in the incident, Gasly was forced to face the stewards receiving a 20-second time penalty and two points on his super license for speeding under the safety car.

The 26-year-old, who this week announced he would join Alpine at the end of the season, was scathing about the post-race incident.

“It’s just not respectful to Jules, to his family, to his loved ones and to all of us.

“It was a dramatic incident and I think that day we learned that we didn’t want to see tractors in those kinds of conditions.

“If I had lost the car the same way Carlos had lost it on the previous lap… I was doing 200 km/h but it doesn’t matter, even at 100 km/h, if I had lost and hit a 12 ton crane, I would have been dead in that moment.

“But really for us drivers, I hope this will be the last time we see a crane and take such an unnecessary risk for all of us racing drivers.”