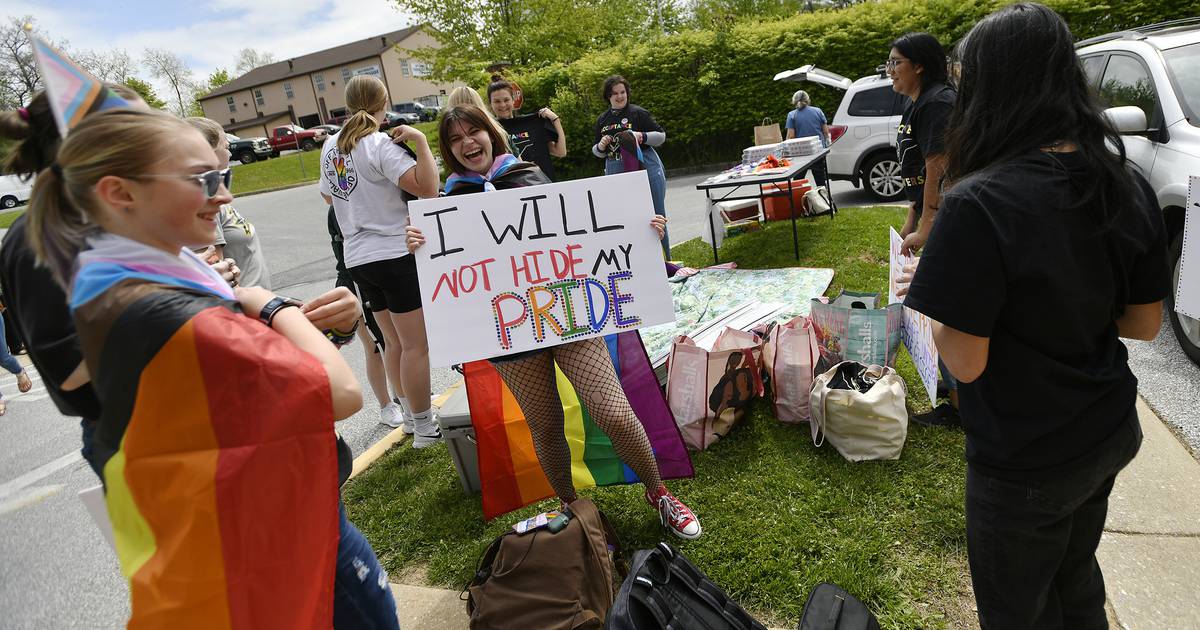 I draw the attention of the Carroll County Board of Education to an excerpt from its own Statement of Foundations and Core Commitments, which can be viewed at https://trib.al/lCpCxMY:

(5) Every school and workplace within the school system will be free from discriminatory acts of hatred, violence, callousness and disrespect and;

I am a grandparent of five Carroll County Public School students. Four of them suffered discriminatory acts, ranging from mild to severe. As a board, you have not fulfilled your obligations to release schools from such behavior. You have not used your positions to insist that schools fully implement policy number 5 throughout the BOE chain of command.

I’m also a registered Republican, follow the news, and vote in every election. I witness the deterioration of civility in our community and our nation. I view Policy Number 6 as vital to our recovery. But instead of focusing on understanding and appreciating “diverse cultures within and around their community”, you, as a board, pander to parents who don’t understand or appreciate, or even fear or hate, a group of students who only ask for respect and acceptance, and to be allowed to be proud of themselves.

A decision to ban gay pride symbols in schools would be in direct contradiction to these board policies. These symbols do not contain any element of hatred, violence, callousness or disrespect on the part of their defenders.

A banning decision would also show that the council is not prioritizing equity in education. You would rather be seen as giving priority to the views of a certain group of voters, rather than your obligations under board policy.

Finally, I believe that a ban on these symbols would violate a recent Board policy of political neutrality. Such a decision would show that the board favors a group of strong voices whose opinions are not rooted in the fundamental values, goals and objectives of the Carroll County school systems. A prohibition decision would be inherently political.

I just read an article that reports that Govs. Youngkin and Hogan urge the Justice Department to end protests at the homes of Supreme Court Justices Samuel Alito and Brett Kavanaugh. Really?

A peaceful demonstration should be banned to protect the privacy of judges? The same judges who want to change the law that impacts what happens to a woman’s uterus! If there is to be a specified distance to protest near the homes of judges, then there must be a legal limit to the ability of said judges to change laws that invade a woman’s womb.

Claims made at the recent Republican Women’s Club of Carroll County forum show how much in common candidate Haven Shoemaker has with infamous Baltimore state attorney Marilyn Mosby, who also lied about her vacation properties and its tax obligations.

During the debate, State’s Attorney candidate David Ellin pointed out that his opponent Haven Shoemaker deliberately neglected to pay his share of taxes while serving the citizens of Carroll County, a claim that Shoemaker vehemently denies. who repeated several times “it’s not true”. In a post-debate video on Facebook, Ellin showed screenshots from the Maryland Judiciary Case Search website that reveal two judgments against Shoemaker, resulting in money owed to the state of Maryland.

Not paying bills has become a habit at Shoemaker. Of note was an unpaid medical bill from St. Agnes in 2016. Additionally, he had an unpaid contractor’s bill for work on his Garrett County vacation home. See for yourself at the Maryland Judiciary Case Search website.

More interesting info: For the past eight years, Shoemaker has failed to properly disclose his retirement home in North Carolina, as required by the Annual Financial Disclosure Act he is required to file as a public servant of the state. Even in his last financial disclosure for the state attorney job, Mr Shoemaker included his vacation home in Garrett County and his law firm in Hampstead, but again left out details. of North Carolina property.

Mr. Shoemaker owes the citizens of Carroll County answers about his tax obligations, unpaid bills and why he repeatedly “failed” to mention North Carolina property and mortgage information on his tax form. financial disclosure for eight consecutive years.

Receive the main news and sports headlines of the day.

How can we trust Shoemaker to oversee a multi-million state attorney’s office budget when he can’t manage his own personal finances and repeatedly fails to uphold the law that requires him to fully and honestly disclose their real estate holdings?

We already know Shoemaker has no experience as a prosecutor. We know he has no vision on how to run the state’s attorney’s office and now we’ve found out his personal finances are in disarray and he has property he doesn’t have. not disclosed. Carroll County needs an experienced district attorney, not a Marilyn Mosby.

Kenny Kiler will be a good commissioner for Carroll County. His life experience and straightforward, honest approach to dealing with complex issues will serve the citizens of the county well.

His life experience includes running a business, building facilities, coaching wrestling, and running county school and recreation boards. These experiences add depth and breadth to understanding difficult people and issues. His honest and transparent approach allows him to effectively communicate his conservative principles in the context of public debate.

Kenny is a longtime resident and product of Carroll County. These roots drive him to make the county a better place to live. I enthusiastically endorse his candidacy for Carrol County Commissioner for District 2.