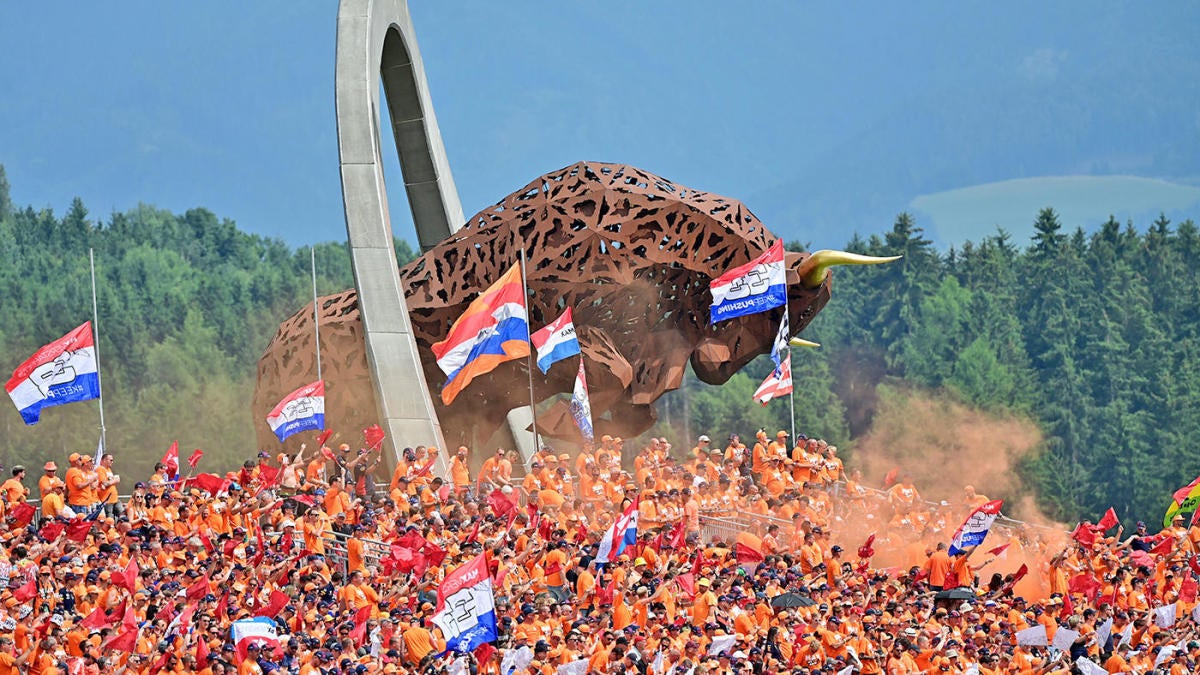 From Silverstone, the Formula 1 circus rolls on to Spielberg for Sunday’s Austrian Grand Prix. While Silverstone is considered a home race for many teams, including Red Bull Racing, this track goes by the name Red Bull Ring, so it is certainly considered the home track for Red Bull Racing, and Ferrari and the rest of the field will be looking to spoil the homecoming of Max Verstappen and Sergio Perez.

Last year two GPs were held at the Ring, thanks to the COVID-19 pandemic, and although this year there will only be one GP event, the weekend will still have two races. There will be a sprint race on Saturday which will set the stage for the actual race on Sunday, and qualifying on Friday will be what sets the grid for the sprint race.

How to watch the Austrian F1 Grand Prix

Drivers will cover 71 laps on the 10-turn, 2.683-mile (4.318 km) circuit, one of the shortest if not the shortest circuit on the F1 calendar. Interestingly, there are three DRS zones for the Red Bull Ring (up from just two at the previous event at Silverstone). The first DRS zone is between Turns 1 and 2, the second at Turn 3 until just before Turn 7, and the last just after Turn 9 and halfway down the front straight.

Previous races have shown that the area entering Turn 3 and through the hairpin to Turn 4 is the part of the track that sees the most passing action.

Pirelli will bring its softest tires to this race. As last year’s event was won on a two-stop strategy, look for drivers and teams who might opt ​​for the medium “soft” compound to start with and then move on to the harder “soft” compound. “until the arrival.

And there’s more than even a chance that there’s at least one virtual safety car, if not an actual one, this race.

Alpine: From Canada, Fernando Alonso has rediscovered his love for F1, but this will be another race where they are more likely to compete with McLaren rather than at the top against Red Bull, Ferrari and Mercedes.

Has: Mick Schumacher collected the first points of his F1 career at Silverstone, and the team is on the right track as Kevin Magnussen also managed to finish in the points at the British GP. It is perhaps a little more difficult in Austria.

McLaren: Daniel Ricciardo’s lackluster performance at Silverstone nearly drops this side into the ‘On the Back Foot’ category, but Lando Norris’ points lift them into ‘Running in Place’. McLaren will certainly be looking to capitalize on Norris’ momentum and finish in the top 10.

Mercedes-GP: Lewis Hamilton doesn’t expect the Silver Arrows to replicate the pace they showed at Silverstone as the low-speed corners and high downforce of the Red Bull Ring don’t work to their advantage. “We always struggled in Austria so it’s going to be tough to win here I think,” Hamilton said. said on the official Formula 1 website.

Alfa Romeo: Alfa moves up in this category simply because Zhou Guanyu has been cleared to race and will compete at the Red Bull Ring. Considering the violence of his crash at Silverstone, that alone makes them a winner of the season.

Ferrari: A fantastic weekend at Silverstone for the Scuderia which also came with some warts. Charles Leclerc was a bit upset with strategic calls, Carlos Sainz Jr. ignored team orders and continued to win, and somehow that should have been a big plus for a team looking to regain their mojo was shrouded in a dark cloud. Leclerc said on the official Formula 1 website that what looked like a scolding from Ferrari team boss Mattia Binotto on TV was actually the latter trying to cheer him up and look on the bright side. Sure.

Red Bull Race: This is the team’s other circuit, but conditions may actually favor the Ferraris, who have proven to be very fast on circuits with low-speed corners and high downforce. Still, he’s sure Verstappen will want to erase the bad memories of Silverstone, where he struggled from lap 15 with a badly-handling car, with a dominating performance at the Red Bull Ring.