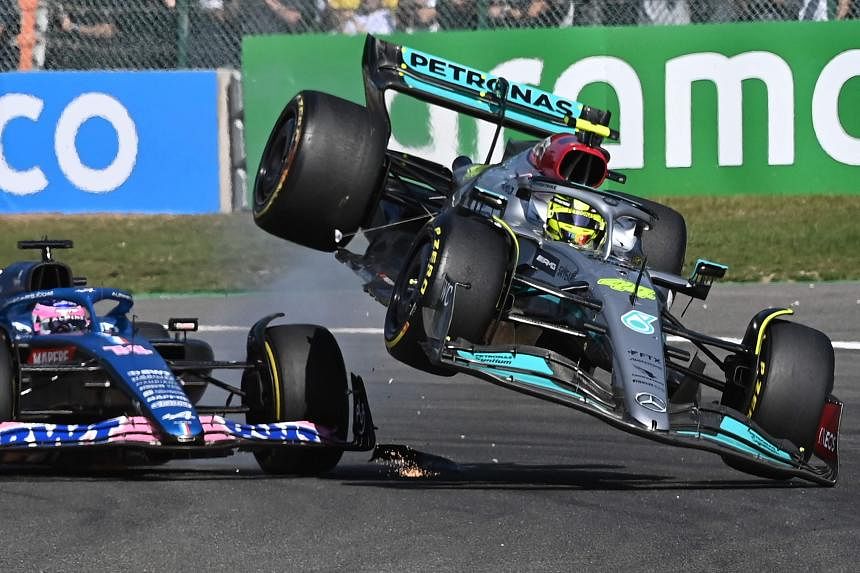 The seven-time world champion told reporters on Sunday he nearly broke his back when the car flew away before crashing into the asphalt runoff area of ​​Les Combes.

The Briton, who blamed himself for the collision, had tried to overtake double world champion Alonso for second place.

“It was a big, big impact,” Vowles said during a team Q&A debriefing on the race at Spa-Francorchamps, the first of a triple-header with Formula 1 back in action. action in the Netherlands this weekend.

“It was measured at 45G on the car’s SDR (safety data logger), which is very significant on a vertical load.

“He’ll be fine, he’ll be back in the Zandvoort fights,” added Vowles, who said Hamilton was mostly frustrated at wasting a podium chance.

Hamilton received a formal warning from the race marshals for initially refusing to attend the circuit’s medical centre, which is mandatory when the car’s medical light is activated.

There were also concerns for Hamilton’s power unit and gearbox, and possible grid penalties at Zandvoort if damaged – which would be a big setback given how difficult overtaking is on the seaside circuit.

Vowles said there was an immediate loss of coolant after the collision.

“It will now take a few days to look at all the components, it is clear that there will be overloads on the suspension components and gearboxes and we need to make sure we understand the full extent of what is required before Zandvoort .” Reuters