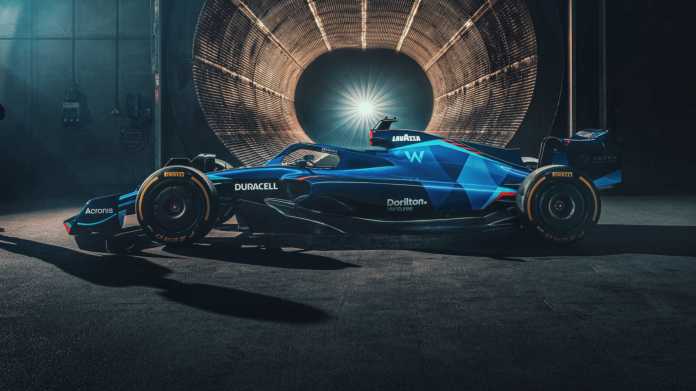 The cars are built according to the new regulations. Williams released renderings of mostly blue livery, with hints of red on a show car. They also followed Red Bull’s strategy and hid their secrets for as long as possible.

Your FW44, ready for the challenges of 2022 💪 pic.twitter.com/4rXOwFaMyI

Williams used one of his allotted filming days to test the car on the track at Silverstone. The two drivers, Nicholas Latifi and Alex Albon tested the cars on the track. Their ambassador, Jenson Button was also present to see the new car complete its first laps.

Williams Team Principal Jost Capito said: “During its history as an iconic Formula 1 team, Williams Racing has shown great strength and sophistication. “As we enter the new era of our sport, the FW44 highlights highlights the transition to the future, while acknowledging the timeless qualities that make us who we are.”

“Last season we were delighted and proud to have made such good progress as a team, with a number of well-deserved results in addition to a podium finish. Looking ahead, we want to build on this success. , and the FW44 perfectly embodies these ambitions to get back to the front of the grid. I look forward to seeing this progression with Nicholas and Alex at the helm.

Canadian driver Nicholas Latifi had a poor season with Williams in 2020 and 2021. He finished with zero and six points both seasons. But this year, with the new regulations, he may change his fortunes.

Nicolas Latif added, “I’m a fan of the new livery. Keeping the blue was important because it has been with the team forever. It’s a pattern we’ve never seen before and the fluorescent red will also show up on the track, which I like.

“It’s a new look to start the new era of F1. I’m super excited for pre-season testing in Barcelona. I just want to get behind the wheel, push and see what the car can do.

Welcome to the new era. Presentation of the FW44 💪 pic.twitter.com/nkOIOYmhpO

Alex Albon returns to Formula 1 after a one-year hiatus. He will replace George Russell, who is now part of the Mercedes team. Alex said, “The FW44 livery is simple and uncluttered. We opted for more blue with the dynamic diamond finish and a bit of red. He looks really good and I can’t wait to see him on the track.

“I’m sure it’s a bit of a learning curve. We are all learning how to make the most of the new regulations. The objectives and the way we focus on this car are much the same as in previous years. In the meantime, we are still trying to get the race car to the track as quickly as possible. »