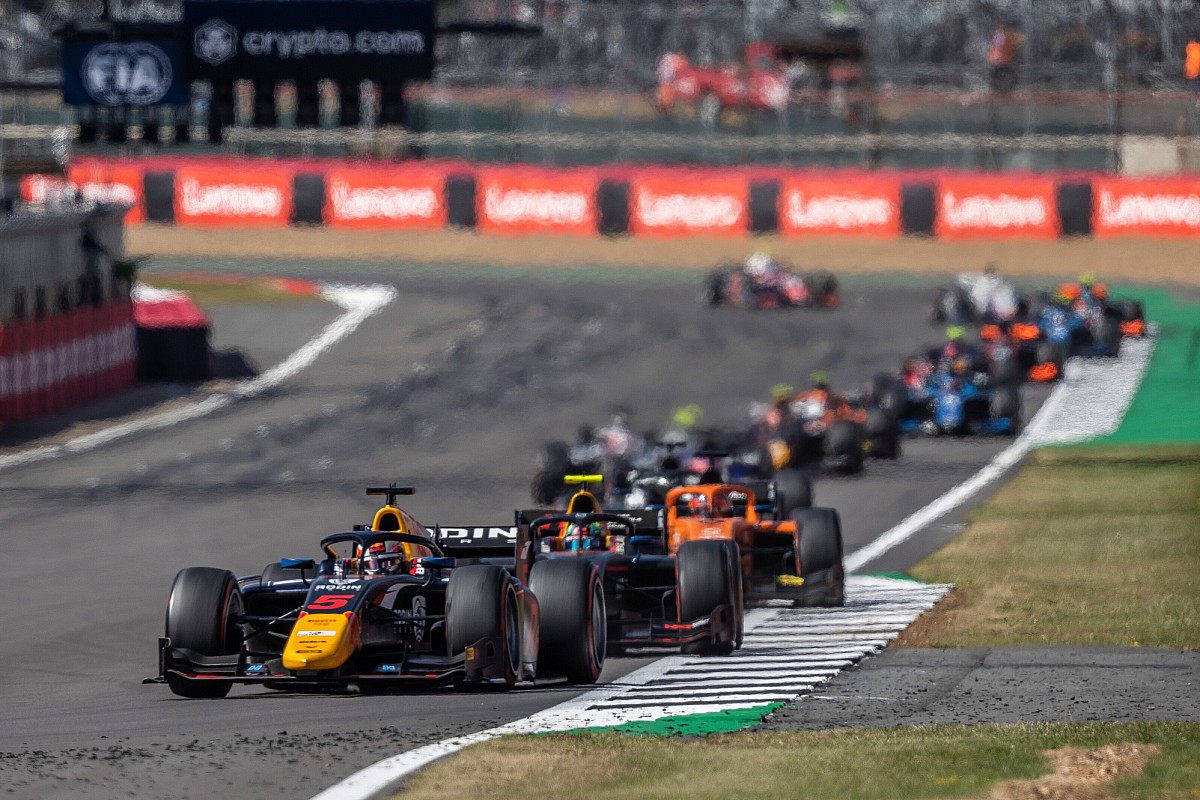 Both championships will be run on 55% sustainable fuel next season, with the percentage gradually increasing to 100% by the start of the 2027 season.

The deal is part of F1 and the FIA’s wider sustainability strategy, in which the series plans to achieve its goal of becoming carbon-free by 2030.

All FIA championships will have to run their cars with 100% sustainable fuels from 2026, with the fuels to be introduced in F1 alongside next-generation hybrid engines.

F1 President Stefano Domenicali said: “Aramco is a leader in this area and, subject to the approval of the FIA ​​World Motor Sport Council, will deliver on our sustainable fuel ambitions, working in close collaboration with our colleagues from F2 and F3, who not only bring through the drivers of the future, but provide a superb testing ground for the latest in motorsport technology.

“In 2026, F1 will switch to a zero-emission sustainable fuel that offers a game-changing solution for the automotive sector and beyond.

“With the support of Aramco and all of our manufacturers, we can accelerate the industry’s transition to net zero.”

The introduction of sustainable fuels will be on a drop-in basis, where the fuel composition can be accepted by current powertrains with minimal changes.

MORE: How F1’s future fuels can shape the automotive sector

Bruno Michel, CEO of F2 and F3, said: “Sustainability is a top priority in today’s world, and we have been working for some time now to make our sport more sustainable.

“The goal of switching to synthetic fuel can only be achieved through partnering with a company the size of Aramco, which is committed to producing advanced sustainable fuel in the near future.

“It is easier to implement such a big change in F2 and F3, because they are single-brand categories with single suppliers.

“We are very happy to take on a role of innovation – as we did last season with the introduction of the 18-inch tires now used in F1 – and to take the first steps towards sustainable synthetic fuel.

The World Rally Championship has become the first FIA championship to use 100% sustainable fuels in 2022, with Rally1 cars also combining a 1.6-litre petrol engine and an electric motor in a bid to reduce footprint sports carbon.