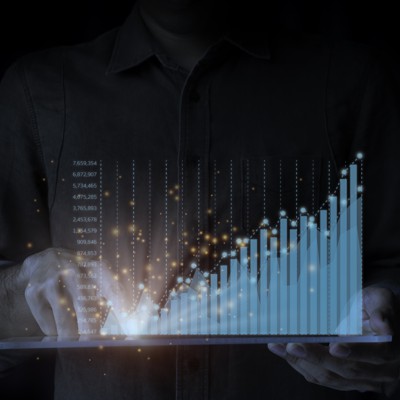 Federal legislation, small wins and the pandemic are all fostering a data-friendly culture in the public sector, but the biggest benefit has been communication, experts said at an online event Jan. 31.

“We dreamed big, but we started small and basically said, ‘How can data and analytics solve our foreign policy problems? How can we solve the problems? How can we add value?” Janice deGarmo, director of the Department of State’s Office of Strategy and Management Solutions, said during the University of Maryland’s “The Future of Data Analytics in Government” panel.

As the state’s first — and former — acting chief data officer (CDO), she helped establish the Center for Analytics and grow it from a staff of three data scientists to 150. Realizing that getting buy-in from the department’s 100,000 employees worldwide was unlikely, deGarmo instead focused on asking agency leaders within the state what they needed help with. Their work began by analyzing Iranian exports and has since tackled topics such as 5G and cybersecurity.

“With the withdrawal and evacuation from Afghanistan, my analysis center was leading a 60 percent task force for this, working in federal agencies,” deGarmo said. “For the global risk of COVID, and now that it’s turning into the distribution of vaccines globally, we’re at the center of this data analysis. We are working on diversity and inclusion issues to better track and benchmark our workforce. We are working on how to be able to move our global presence according to our strategic priorities at any time.

Ted Kaouk, CDO in the Office of Personnel Management and Chairman of the Federal Council of CDOs, took a similar approach when he was CDO at the Department of Agriculture, where all administrative areas struggled to cross silos to access to timely data for decision-making. .

“We first had to address these challenges by…engaging directly with our leaders and our leaders on the ground regarding the questions they had,” Kaouk said.

To connect data analysts to questions — and figure out how to answer them — the USDA assigned CDO assistants to each of its seven mission areas and established a centralized analytics department. The agency had a template for dashboards across the USDA so they would have a common look and feel, whether for company- or mission-specific analysis. Over time, this centralized view helped identify frequently used analytics and analysis products that could be applied to other agencies, rather than having duplicate efforts.

“What we’ve started to see is that data created for one purpose may be needed elsewhere,” Kaouk said.

This is the case of the efforts of the CDO Federal Council, established by the Foundations of Evidence-Based Policymaking Act, which “requires agency data to be accessible and requires agencies to plan to develop statistical evidence to support policy-making,” and requires each agency to appoint a CDO. The more than 80 board members meet regularly to establish best practices, promote cross-agency data sharing and learn from each other.

The law has gone a long way in legitimizing the role of the CDO, and the federal government recently took another step in favor of data by creating a job series occupational classification for data science and data management.

“Publishing a data science series or profession in the federal government is, I think, a pretty big step for us to codify this profession, to signal and support the need for recruiting data scientists” , said Kaouk. “We’re seeing a huge signal of need and demand from agencies, and so we want to communicate that.”

To address this, the council held its first government-wide data scientist hiring event last year, which attracted more than 500 applicants in 48 hours and resulted in agencies finding 107 qualified candidates.

At State, employees can take data-centric courses, such as data acumen for executives and data visualization using Tableau to retrain and upskill, deGarmo said. The department is also shining a light on data with Data at State, a self-service one-stop shop that brings together cleaned data that diplomats can use. It also released its first enterprise data strategy, which is built around four pillars – analytics, governance management and technology – and an overarching theme of data culture.

“You can’t move the needle on a data culture without really investing in it,” deGarmo said. “Analytics is only part of imbuing a data culture in a diverse organization, especially as large as the State Department…Historically, diplomacy has always been considered an art. Data analysis is a science. We have very specifically chosen the word “data-informed” to say that we are not replacing diplomacy. We increase it. We power decision-making.

Federal agencies aren’t alone in advancing data, added panelist Monica McEwen, managing director of Deloitte’s Global Public Sector Analytics and Cognitive practice. State and local organizations are using the data in ways they hadn’t considered before the pandemic — for example, to track the spread of the virus and the deployment of the vaccine.

“COVID has really brought to light the importance of data in all organizations, and I think it’s really accelerated what people call digital transformation, data modernization,” McEwen said. “Data has truly become the most powerful asset an organization has.”

Stephanie Kanowitz is a freelance writer based in Northern Virginia.