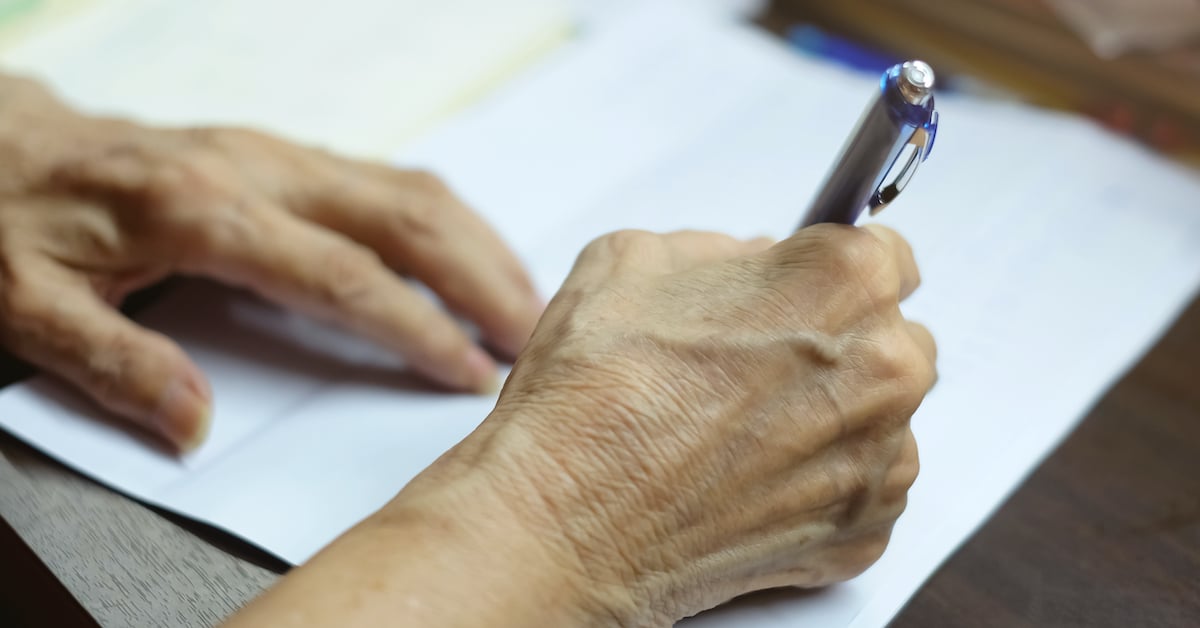 When I was a teenager, I developed an unhealthy habit of repeatedly making promises to my mom that I would go on a diet and then breaking my promise. For this reason, I have found that one of the best ways to make a change is not to make a promise.

If that sounds strange, it’s not the only original way I’ve found over the years to make lasting change, and now that I’m 71, it’s much easier than before. Here are 11 other strategies I use, drawn from my professional background, spiritual practices, and life experience:

It looks like I’m a religious person, but I’m not; I believe in entropy, gravity, inertia and other natural forces, but not in a supreme being. Yet counterintuitively – perhaps similar to a placebo – asking for help from a God I don’t believing in it is one of my most successful strategies, especially when my approach is playful. For example, one day when I had eaten practically an entire day’s food by late morning, I wrote:

(Sarah is my first name.)

“Footwork” means I can’t ask God to help me if I’m not ready to commit, so I always offer what I will do. We are a team.

My God Box is a little tin box from childhood that ironically – given that many of the changes I’ve wanted to make are food-related – once contained pieces of caramel. On the outside it says in cursive, “Take The Home Sweet Home”. The box reminds me of myself as a playful little girl.

After asking for God’s help, I always feel lighter and feel like I can more easily make the change I want.

Seeking the support of my mother and my sister, Arabella, who both passed away decades ago, also helps me a lot. Not because they’ve always been role models — in fact, both have struggled to make changes in their lives, especially, like me, in the area of ​​food. But the fact that they too struggled is exactly what I need because I feel their empathy, which helps me feel less alone. This is important because, for me, a sense of isolation heightens my feelings of anxiety and almost guarantees that I will not succeed.

3. Using timing to my advantage

In the 80s, when I was eating two bags of Doritos a day, my sister, who was visiting me, told me that she was concerned about my nutrition. After our conversation, I agreed to have no more Doritos for the duration of his visit.

The day after he left, my husband Barry and I went sailing in the Gulf Islands, one of my nine happy places, off the coast of British Columbia. At the time, Doritos were not available in Canada. Since I managed to stop myself from buying Doritos for the trip, by the time I got home I hadn’t eaten them for 10 days – long enough to have passed my worst cravings.

I also use timing by associating a change with a significant event, like when I quit drinking Tab, the precursor to Diet Coke, the day my sister gave birth. I recently told my niece, now 36, that her birth was instrumental in helping me get over my Tab habit!

When I was driving to a nearby town for a class, I often stopped at a particular grocery store to buy an irresistible bag of chips that I couldn’t easily find in Eureka, the “Victorian Seaport” on the North Shore of California. where Barry and I live part of the year. I sat in the car after my lesson, devouring the whole bag while reading a magazine. Happiness! But afterwards, I felt bloated and almost sick.

Finally I asked a friend if I could call her before and after reader and leave a message letting them know what happened. No promises! Only one update – for better or for worse. Communicating with her on either end of the drive made all the difference, and after calling her several times, I stopped buying the tokens.

I’m the fastest eater I know. Once, during a retreat, when I was more attentive than usual, I decided to consume my meal at the same rate as the other participants sitting at my table, who were all eating at what sounded like a painfully icy rhythm. Only when the man next to me took his fork would I take mine. It was a huge challenge, but I forced myself to slow down.

At home, I can’t use Barry as a guide, because unfortunately he imitated me and also became a fast eater! But I try to remember my old companions and take bites more slowly, which not only helps me savor the meal but also helps me digest it better.

I believe changes are best made when using both left and right parts of the brain. Ritual, which harnesses the power of the senses to symbolically convey meaning, is one example. For example, when I realized that my bathroom scale was not my friend, on the advice of my therapist, I ripped it into shards and framed the innards. Another time, I created a candlelight ceremony to enjoy my last cigarette, and shortly after giving up Doritos, I went to a Halloween party wearing a dress with empty Dorito bags pinned to it.

I’m a big fan of record keeping. Research shows that record keeping in itself brings change. I’ve been amazed at how much it’s helped my business clients achieve tough goals, not to mention me. Over the years, habit tracking on a chart has helped me successfully floss, eat more green vegetables and fresh fruits, run a marathon, make phone calls, say hello to strangers, doing more upper body exercises, practicing Spanish and increasing my writing output.

Writing a checkmark on a page at the end of the day when I’ve accomplished something gives me a huge sense of satisfaction. And knowing that I will see a longer and longer line of ticks at the end of the week also motivates me.

Many people use computer software or apps to track their habits, but I’m still old-fashioned and prefer paper and pen.

If, after several attempts, it’s obvious that I don’t want to make a change, I don’t fight it. Sometimes I’m just not ready. Instead, I’m like, “Okay, I’m not ready to make this change now. But am I at least willing to want to be willing? Usually I am. Sometimes I write a note to God asking for his will.

I’ve learned over the years the importance of being kind to yourself, and now I’m pretty good at it. When I make a mistake, I say, “Well, honey, así es (so it is).” Or I’ll repeat Sufi poet Rumi’s beautiful verse, “Come, even if you’ve broken your vow 1,000 times, come, once again, come…”

I know from hard-earned experience that self-criticism is not the way to create change; In fact, quite the opposite.

Any activity that involves both mind and body helps get me out of my head. When I’m struggling with something — wanting to change a habit or face a tough decision — I sometimes use art to describe my mental state. For example, many years ago, after an unproductive conversation with Barry, in my sketchbook I painted the background sunset pink with blue streaks, with a tree with green leaves, then in letter form, I added this suggestion to myself: “When I start reacting to B, step away. Get some space. Thank goodness.”

Another time, frustrated with my overpacking scheme, I drew and painted several lightweight suitcases.

Once I was wondering what to wear for a keynote speech I was giving. Exhausted from my habit of overthinking, I painted a row of dresses on a rack with the message “But what will she wear?” And below, “If only she could wear her art pages!”

The playful act of painting the dresses helped me relax. Like my notes to God, art allows me to lighten up, a key ingredient in changing a habit.

11. Write in the third person

As I did above, referring to myself as “her”, the use of the third person helps me to detach myself.

Willpower, self-control, 5-year plans, New Year’s resolutions and promises don’t work well for me. But getting help from others – even if only in my imagination – engaging in mind-body rituals and activities, and being kind to myself has helped me find the will and the creativity needed to overcome many useless habits.

To learn more about Louisa, check out: