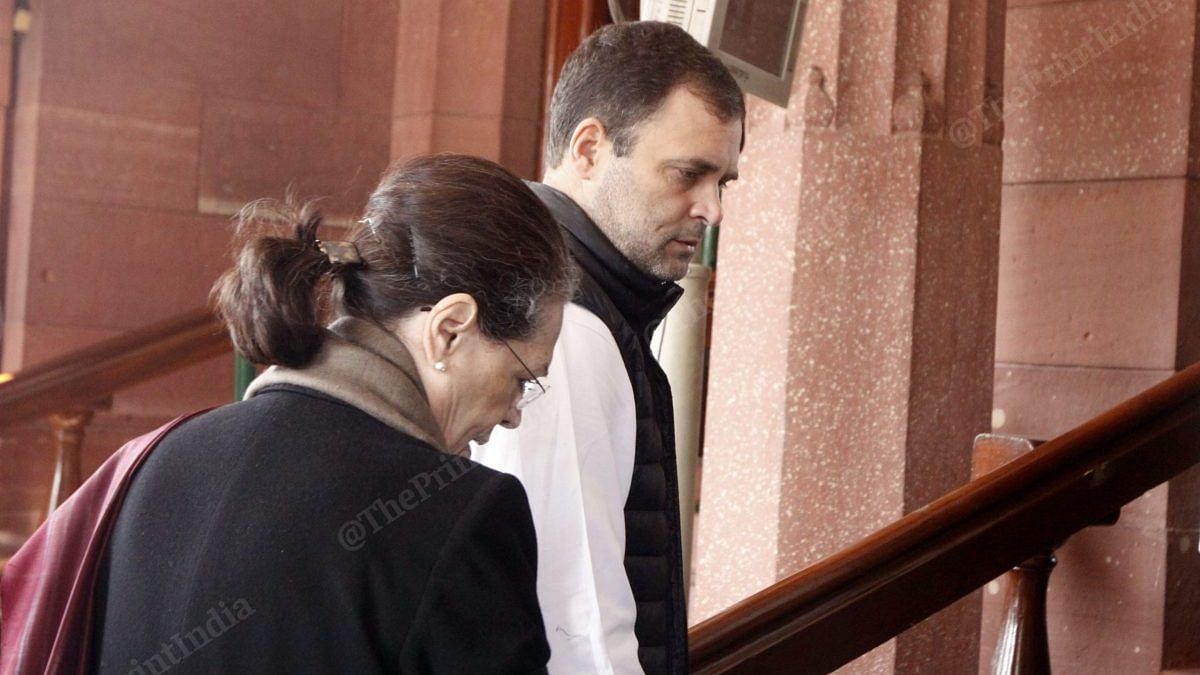 OWho is responsible for the debacle of the Congress party in the recent legislative elections? Or for his abandonment in general? After five hours of Congressional Working Committee (CWC) deliberations on Sunday night, members of Congress knew no better than what American musician Bob Dylan was singing in the 1960s: “The answer, my friend, blows in the wind”.

“And how many years must a mountain (read Congress) exist before it is washed away by the sea?Arvind Kejriwal of the Aam Aadmi Party (AAP) must sing, joyfully and wistfully.

“And how many years can some people (read members of Congress) exist, before they are allowed to be free?must ask former opposition leader Ghulam Nabi Azad.

“Yes, and how many times can a man (read Rahul Gandhi) turn his head, And pretend he can’t see?“Kapil Sibal must despair.

“The answer, my friend, blows in the wind.”

Sorry, Bob Dylan, for dragging you into the congressional mess. But it has to be the theme song for “G-22” – the red-haired party band minus Jitin Prasada. The issues they raised in their 2020 letter to Sonia Gandhi remain as they were after Sunday’s CWC meeting. There are no takers for the answers they offered.

Ready for the “sacrifice”

Thus, the original question repeats itself: Who is responsible for the predicament of the opposition party today? Its interim president, Sonia Gandhi, could not have been more adamant in delivering the message – not the Gandhis. At the very beginning of the CWC meeting, she was defiant. If CWC members — all of her candidates — thought she and her children were responsible for what happened in Congress, all three were willing to “sacrifice themselves” and “walk away.” Remember Rahul Gandhi’s resignation letter he tweeted in July 2019 after the humiliating defeat in the Lok Sabha elections? He also spoke of ‘sacrifices’ as he practically imposed the burden of defeat on his party colleagues, writing how he ‘stands completely alone’ in his fight against Prime Minister Narendra Modi and the Rashtriya Swayamsevak Sangh (RSS) .

“Sacrifice” was also Sonia’s Brahmastra on Thursday. The members of the CWC have just given in. If the Gandhi family sacrificed so much, shouldn’t Congress also sacrifice for the family? Fair enough.

But the question remains: if the Gandhis are not responsible for the existential crisis in Congress, who is? The clue to this response is in the CWC statement released after the meeting. Every sentence is revealing, and you don’t even have to read between the lines.

So here’s the first line: “The results of the recent five-state assembly elections are a source of grave concern to the Indian National Congress.” Thus, the concern of the opposition party is limited to the recent legislative elections! Doesn’t he see an existential crisis – a party that has lost more than 40 elections and won only five in the past eight years? He was not even able to secure 10% of the total number of seats in Lok Sabha in the last two elections, without even gaining opposition leader status. But then, there’s a reason the CWC has to limit itself to talking about recent polls. He doesn’t want to see a trend in his losses. Because if there is a pattern outlining an existential crisis, it exposes the follies of leadership – its inability, its unacceptability and its lack of accountability.

The second sentence was: “The party accepts that due to the shortcomings of our strategy, we could not effectively expose the mismanagement of BJP state governments in four states and overcome anti-incumbency in Punjab state. in the short time after making a change of direction”.

Look at how the CWC statement seeks to justify the Gandhis’ reckless use of authority that not only cost the party polls in Punjab but also bolstered the AAP as a national alternative. There were “no gaps” in the Congressional strategy because there were none. The CWC would like the people to believe that the Gandhis did their best to beat the ‘anti-incumbency’ against Captain Amarinder Singh in Punjab by ousting him. So, Singh is to be blamed for the Punjab debacle and the Gandhis commended! Wake up Sid! Smell the coffee.

The third sentence of the CWC statement was: “The Congress Party represents the hopes of millions of Indians against the political authoritarianism that prevails in the country today, and the party is fully aware of its immense responsibility.” Well, where are those millions who vote against political authoritarianism? If Congress fought against that in UP, for example, look at the results – 2.33% of the vote and two seats (out of 399 contested seats) in the 2022 polls versus 6.2% and seven seats (out of 114 that he contested) in 2017. Congress is “fully aware of its immense responsibility,” the CWC statement said. Really? How? ‘Or’ What?

The fourth sentence expresses gratitude to workers and congressional leaders in five states “who have worked tirelessly for the party and its candidates.” The CWC could send teams to the villages and find out how many workers and Congress leaders have visited the people to explain their party policies and programs.

Congress must revisit the past

The fifth sentence uttered at the CWC meeting was: “While humbly accepting the electoral verdict of the last round of assembly elections, the Congress Party assures its workers and the people of India that it will continue to stand a vigilant and dynamic opposition”. One could understand if the party had pledged to “become” a vibrant opposition, but to say that it “will continue to exist” is amusing.

The sixth sentence read: “The Congress party will be fully prepared to face electoral challenges in the candidate states for elections in 2022 and 2023 as well as the Lok Sabha elections in 2024.” Now that Congress is likely to Being ruled by Rahul Gandhi from August to September, one can look at his commitments in the past. In December 2013, after Congress was defeated in Delhi, Rajasthan, Madhya Pradesh and Chhattisgarh, he promised to “transform” the party “in ways you can’t even imagine right now”. There is always a next time, of course.

The seventh sentence of the CWC statement read: “The CWC unanimously reaffirms its confidence in the management of Smt. Sonia Gandhi and asks the President of Congress to take the lead, to address organizational weaknesses, to make necessary and comprehensive organizational changes in order to meet political challenges”.

It’s probably that last sentence that offers a glimpse of what’s going on in the minds of congressional leaders. They want Sonia Gandhi to “lead from the front” now. Was it a Freudian slip? It’s practically an expression of disapproval of Rahul Gandhi’s rear driving. Yet CWC members can only ask Rahul Gandhi to take over.

Reread the CWC statements and you might find the answer to the first question about who is responsible for the current situation in Congress. It’s not the Gandhis as the CWC says. It cannot be the workers and leaders of Congress because the CWC thanks them for their “tireless” work. It must be the voters then, right? If only they realized their mistake of abandoning the Congress, the party wouldn’t need to hold a “chintan shivir” or a soul-searching session! And when they gather for ‘chintan’, rest assured they won’t see the elephant in the room – the fact that the Gandhi family may be indispensable in Congress but voters have options.