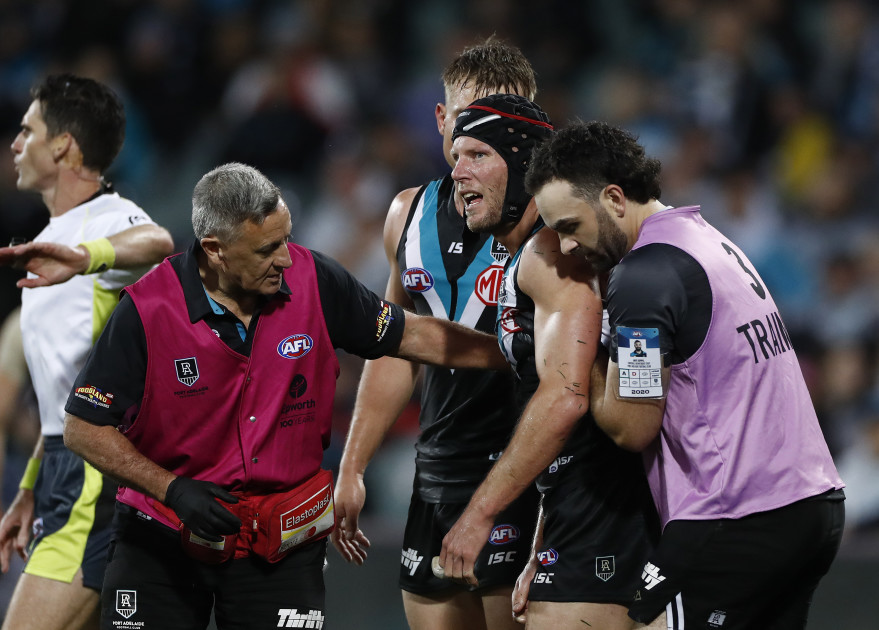 Kane Cornes and David King clashed over one of the AFL’s hottest topics: concussions in the league.

The AFL moved to head shield in recent seasons, increasing the length of time a player could not play to 12 days after a concussion in 2021.

The league has also appointed two executives in 2021 to lead the development of the AFL’s concussion protocols and strategy.

Despite this, head shots continued to be a hotly debated aspect of the game.

Consecutive concussions have been linked to CTE in recent years, a degenerative brain disease that has been discovered in several former players.

speaking on SEN breakfastco-hosts Cornes and King expressed opposing views on the subject in an extended debate over how the league is approaching the complex issue.

Cornes thinks the game is challenging enough as is without adding the need for players to challenge themselves, using the example of bull Carlton Patrick Cripps.

“Patrick Cripps is one of the toughest players I’ve ever seen and if the ball is there I’ve never seen him take a step back but he’s challenging himself playing the game the hardest thing in the world to play with so many thoughts going through his head,” he said.

“Now Patrick Cripps has to go, ‘Am I allowed to go and win the ball, turn the body, am I going to hit the opponent high, what is my technique, what is their technique, will he slow down? ‘

“We are making things really difficult for the players, that’s my worry.”

However, King thinks that’s what it takes to change behavior in the AFL.

“I recognize that in the short term, we are (we’re making it difficult for the players),” King began.

“But if you want to change your behavior, there is a gray area period in everything you do.

“The biggest win is preventing traumatic brain injury rather than trying to fix it post (incident).”

The AFL has also vowed to crack down on players dodging tackles in 2022, another cause of concussions on occasion.

Listen to the full discussion on concussions at the top of Friday’s “conversation starters”: