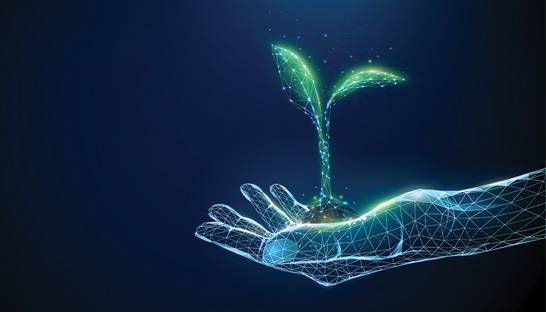 As companies seek to reduce the impact of their IT function on the environment, up to one-fifth of all IT sustainability budgets are expected to increase over the next three years. However, companies are missing out by not linking green IT spending to their broader sustainability efforts, according to a new report from Coeus Consulting.

With technology increasingly at the forefront of business operations and strategies, the function’s carbon footprint is growing rapidly. Data is one of the most energy-intensive areas, contributing to a noticeable impact on emissions from enterprise IT, which now accounts for 4% of the global carbon footprint. Given the disposal of obsolete hardware, IT therefore represents a significant threat to the environment.

Encouragingly, according to new research from IT consultancy Coeus Consulting, the majority of companies are trying to take this bull by the horns.

Of more than 200 CIOs and IT managers surveyed by the consultancy, 85% told researchers that their organization needed to improve its IT sustainability. Respondents came primarily from the UK and Germany, and 80% also agreed that IT and sustainability were intrinsically linked, with IT having a big impact on the sustainability of their organisation. 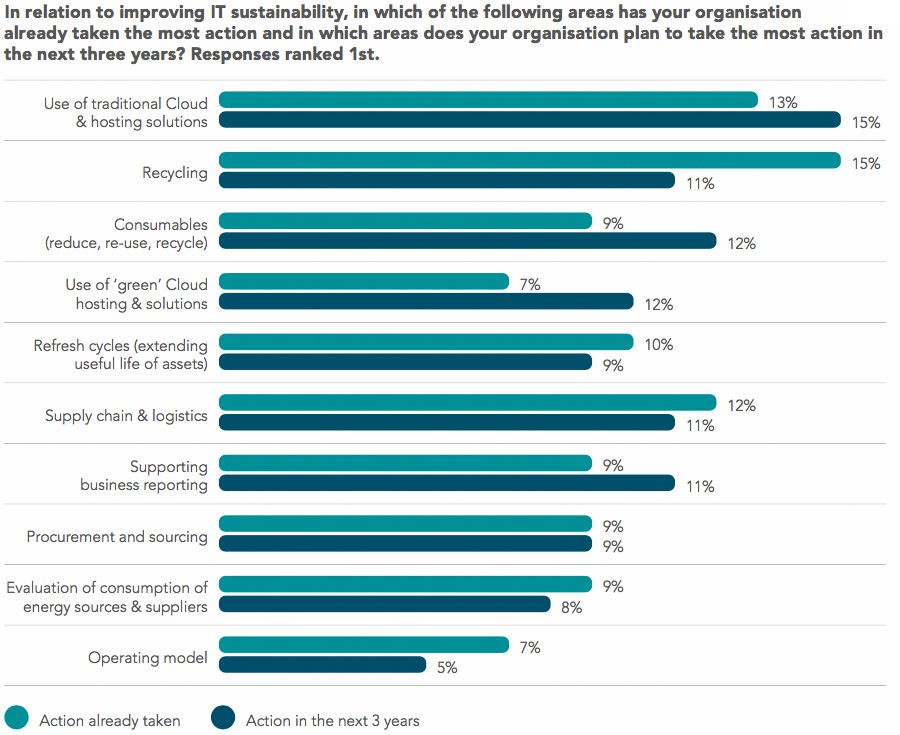 While this represents progress, companies are holding back their sustainability efforts by limiting IT to thinking about sustainability only within its own silo. Because IT changes can help facilitate companies’ sustainability goals, IT leaders should play a leading role in broader ESG changes.

Kerry Osborne, Head of Sustainability at Coeus Consulting, said, “Organizations are missing a trick by relegating technology’s contribution to sustainability to a ‘support’ role. They need to recognize that integrating lean IT processes, adding sustainability measures into IT procurement, and reducing IT power consumption can go a long way towards achieving these sustainability goals. 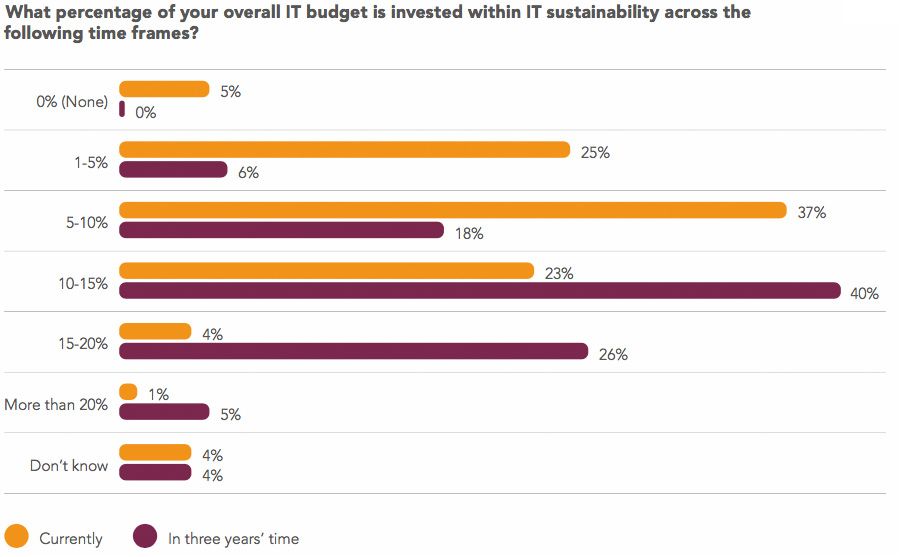 Often, researchers have heard that the responsibility for IT sustainability lies not with IT, but elsewhere in the organization – as only 60% of respondents told Coeus Consulting that their CIO has overall responsibility. IT durability. Instead, a third of companies said the corporate sustainability manager was responsible for technology.

There are many ways IT experts can drive sustainability efforts, including identifying opportunities to reduce environmental impact across the organization by providing greener IT solutions, IT operations, and leveraging leveraged IT to support more sustainable ways of working (e.g. replacing travel with telecom operators).

Despite this, the Coeus Consulting researchers were also told that IT managers are pushed to play the role of spectators in sustainability initiatives – as around half said their formal strategies were not defined in IT. , but defined elsewhere in the organization or by the board of directors.

Ben Barry, Principal of Coeus Consulting, cautioned against this, adding: “As organizations take the right steps towards IT sustainability by developing strategies and investing in technologies such as cloud, CIOs and managers technologies have the potential to facilitate organization-wide change. to sustainability. They should take a lead role in defining key performance indicators, targets and frameworks to be adopted at the organizational level, monitoring progress and holding the organization accountable.