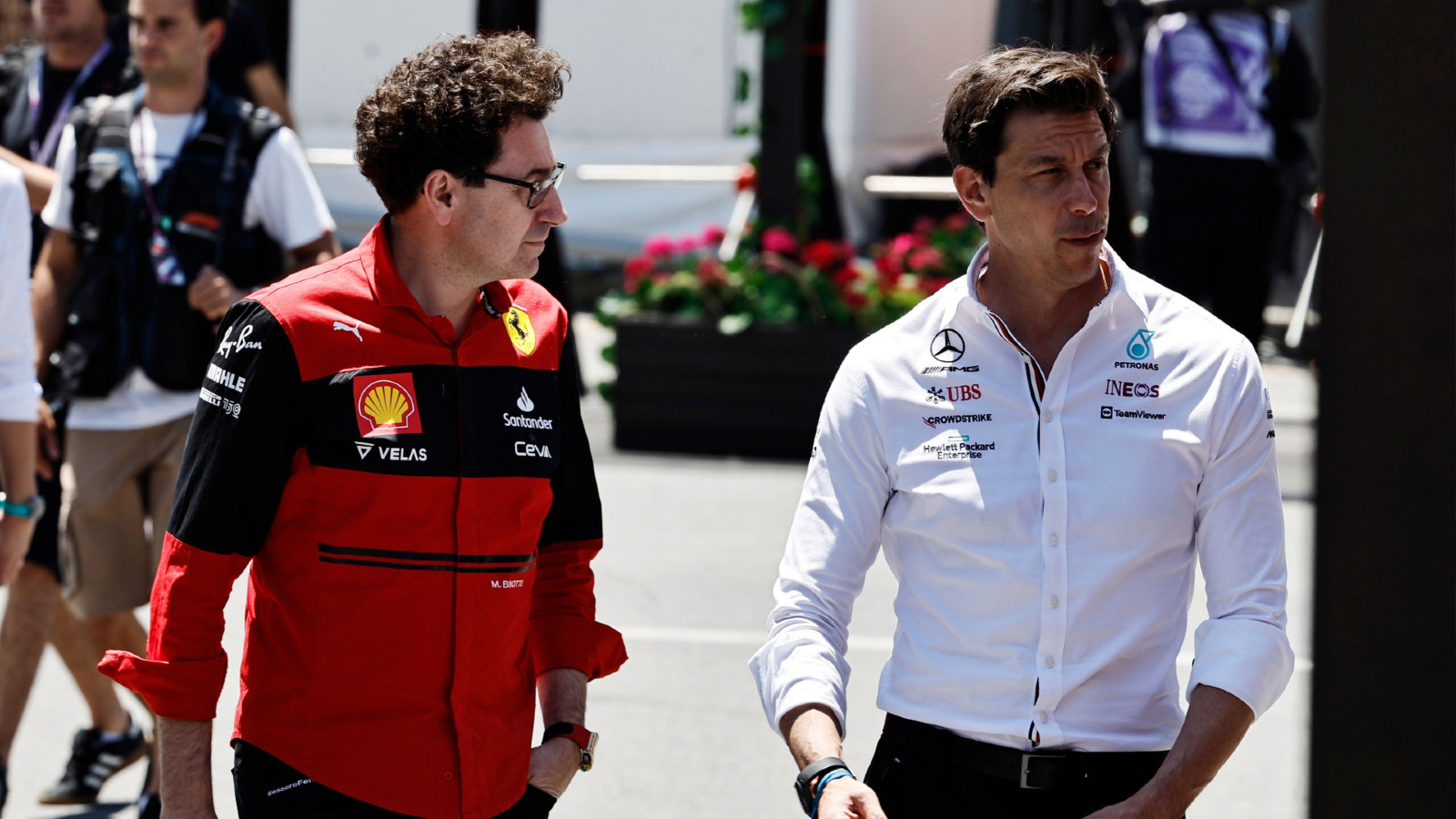 Ferrari boss Mattia Binotto said a lack of consistency in race direction at the start of the season needed to be corrected as soon as possible.

Binotto admitted Ferrari has been unhappy with some of the decisions made by the race director in the first eight races of the 2022 season, but is aware that it will just take time for new staff to find their bearings in supervising the sport.

As former race director Michael Masi was ousted over the winter, he was replaced by two men – Eduardo Freitas and Niels Wittich on a rotational basis. Both are highly experienced race directors in other categories of motorsport, but 2022 is their first time at the helm of Formula 1.

It has been a learning process for both and Binotto acknowledged the struggles for both men as they quickly tried to find their feet as an authoritative figure overseeing the races – something he said didn’t. not been carried out on all occasions.

“[It’s] certainly not an easy task,” Binotto told the media over the Azerbaijan Grand Prix weekend.

“I think when you’re there and you have to sit down and decide, it’s not easy – like strategy.

“These guys need more experience. It’s not something you learn from the very first race. If I look at the start of the season, as Ferrari we certainly cannot be satisfied with this. I think we have often been disadvantaged by decisions, but that’s the way it is. We understand the difficulty.

Although Binotto did not go into detail, it is likely he was referring to an example such as Monaco where race directors have come under fire after appearing too cautious about the start of the race.

Binotto said close collaboration between race directors and teams is imperative to accelerate their comfort and experience in dealing with F1-specific issues.

“I think to make them progress, we have to help them as well,” he said.

“I think it has to be a collaboration, let me say, a collaboration between the teams and the race directors, to make sure they understand, to improve as quickly as possible.

“Because [there’s] no doubt so far in the season sometimes there was no consistency in the decisions, I think you can’t deny that. As we cannot deny, this is no easy task. So it will take time. We just have to hasten it as much as possible.

mercedes Team boss Toto Wolff agreed with his Ferrari counterpart and said that with each passing race, more Wittich and Freitas will have to call on experience.

“It’s hard work because you’re also in the spotlight and certainly Monaco, thrown into this weather, climate condition, and then suddenly you have to make decisions, it’s very difficult,” he said. declared.

“I think the longer the races go by, the more experience they get, the more pressure they will face that Formula 1 brings with it.

“But they’re part of Formula 1, just like the teams, because the teams make mistakes like wheels that aren’t on the car, or you get the strategy wrong, so in the same way the race director is in the line of fire. So I think it’s the same for everyone.

Haas team principal Guenther Steiner said Wittich and Freitas had done a “decent job” as their experience grew in F1.

“After last year’s race in Abu Dhabi, the race director is in the spotlight much more than in previous years,” he said.

“So everyone watches them and every little mistake they get criticized more than before and it can’t be easy.

“But we just have to give them some time and I think they will get there.