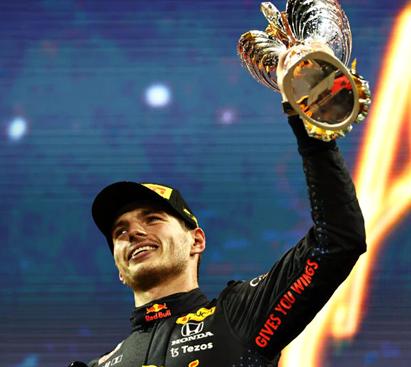 Max Verstappen and the Red Bull Racing team ended last season on the ultimate high with an F1 title victory in Abu Dhabi. Prior to this race, Oracle had provided Red Bull Racing with billions of race simulations that gave the team insight into the track. Christian Horner, CEO of the new Oracle Red Bull Racing team, said: “Oracle Cloud enabled us to make race day decisions that helped Max Verstappen win the 2021 Drivers’ Championship.” Oracle has proven that an analysis-based race strategy can be the difference between winning and losing.

This week, Oracle and Red Bull Racing announced that the two companies’ new racing partnership will include a new unified team, car name and increased co-development. At the end of last year, I wrote about Oracle’s data analysis capabilities and its impact on Formula 1. You can read the full description here. These F1 partnerships go far beyond mere marketing engagements, and I am delighted to see the impact of data analysis race results and F1 car performance. Oracle Red Bull Racing ushers in a new era of data-driven Formula 1 racing. Let’s dig deeper into Oracle Red Bull Racing’s announcements.

With the Oracle and Red Bull teams now unified, we will now see more co-development efforts between the two teams. OCI can empower the team with data insights in many different areas, ranging from engine development, pilot training, and esports.

Oracle will work with Red Bull Powertrains Limited on next-generation F1 engines on the engine development front. These engines have a long development time, so we won’t see them on the track until 2026, but know that they are coming. The Red Bull team uses OCI to model engine combustion chambers to reduce costs and improve performance.

There are also some interesting AI and machine learning applications that Oracle is powering with the Red Bull Powertrains team. The goal here is to use AI and machine learning to help develop the next generation of world-class Oracle Red Bull Racing drivers. The Red Bull Junior team will use OCI data to influence members’ riding styles. I can see the Red Bull Junior team developing new strategies to reduce lap times using data from Oracle. There are great eSports applications for this technology, including training drivers on a virtual track in different simulated weather conditions.

Oracle Red Bull Racing will continue to develop its Red Bull Racing Paddock application using Oracle CrowdTwist Loyalty and Engagement. The app uses fan data to create a personalized loyalty program that offers unique rewards and helps that fan feel like part of the team. Fans can take part in quizzes, watch race highlights, or earn points in a variety of other ways and redeem them for merchandise, autographed items, VIP experiences, and more. This program has so far been a hit with fans, and the team has seen member sign-ups increase 9x since its introduction last year. The Oracle Red Bull Racing team understands how vital fan engagement is to the long-term success of the team.

Oracle and Red Bull Racing had great success together before operating under a unified team. I have no reason to believe the team won’t continue to improve with more synergy. With the formation of Oracle Red Bull Racing, we should see both short term impacts already this F1 season and many more in the longer term.

With the start of the next Formula 1 season March 18, I am delighted to see the unified Red Bull and Oracle teams racing under the Oracle Red Bull Racing flag. I’ve been a fan of F1 racing all last year, and this season should be even more exciting to watch. Formula 1’s partnerships with tech companies were little more than a marketing engagement for brands looking to boost their brand image. In 2022, the impact of future races could be determined by the data teams get from partners like Oracle.