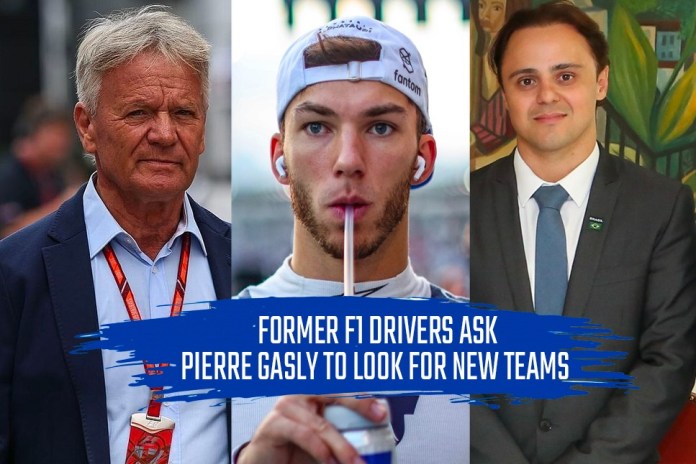 Formula 1: Former F1 drivers encourage Pierre Gasly to consider other options Former F1 drivers Felipe Massa and Marc Surer believe Pierre Gasly should consider his options in the sport after his dream of moving to Red Bull was snubbed as the team handed Sergio Perez a two-year contract. According to many, the car Gasly currently drives, AlphaTauri, does not do justice to its potential. Follow live Formula 1 updates on InsideSport.IN.

Former Ferrari driver Massa thinks Gasly is a great driver and should get a contract with one of the top teams. He was also impressed with his performance at the Monaco Grand Prix and said: “He was very quick all weekend. Qualifying didn’t work out well because of the strategy and the red flag, things didn’t work out perfectly.

“But I mean the performance he’s been showing, for a long time now he’s amazing. He also needs a good car because he’s showing he can drive a super car. He’s showing he can even to fight even for victories”, Massa concluded.

Besides, Marc Surer echoed the same sentiments for the Frenchman. He believes Gasly needs to look for options in the driver market. He feels the time has come for him to leave Red Bull and consider another team on the grid.

“He should at least take a look. I think McLaren could be a good option for him. But what makes the most sense to me is if he goes to Alpine. I think we can all agree that Gasly is better than Esteban Ocon,” Surer added.

Meanwhile, Gasly hasn’t had a good start to the 2022 season as he finds himself in fourteenth position in the drivers’ standings. He just managed to score six points in all races. In the seven races so far, he has two retirements to his name and his best result was P8 in the Saudi Arabian Grand Prix.

That said, his performance at the Monaco Grand Prix was something everyone applauded and saw its potential. His decision to change his tires to intermediates was something that played well in his hands and he finished in eleventh place.

someone forgot to say @PierreGASLY we can’t overtake in Monaco 😏 pic.twitter.com/9xMz3bAvQh