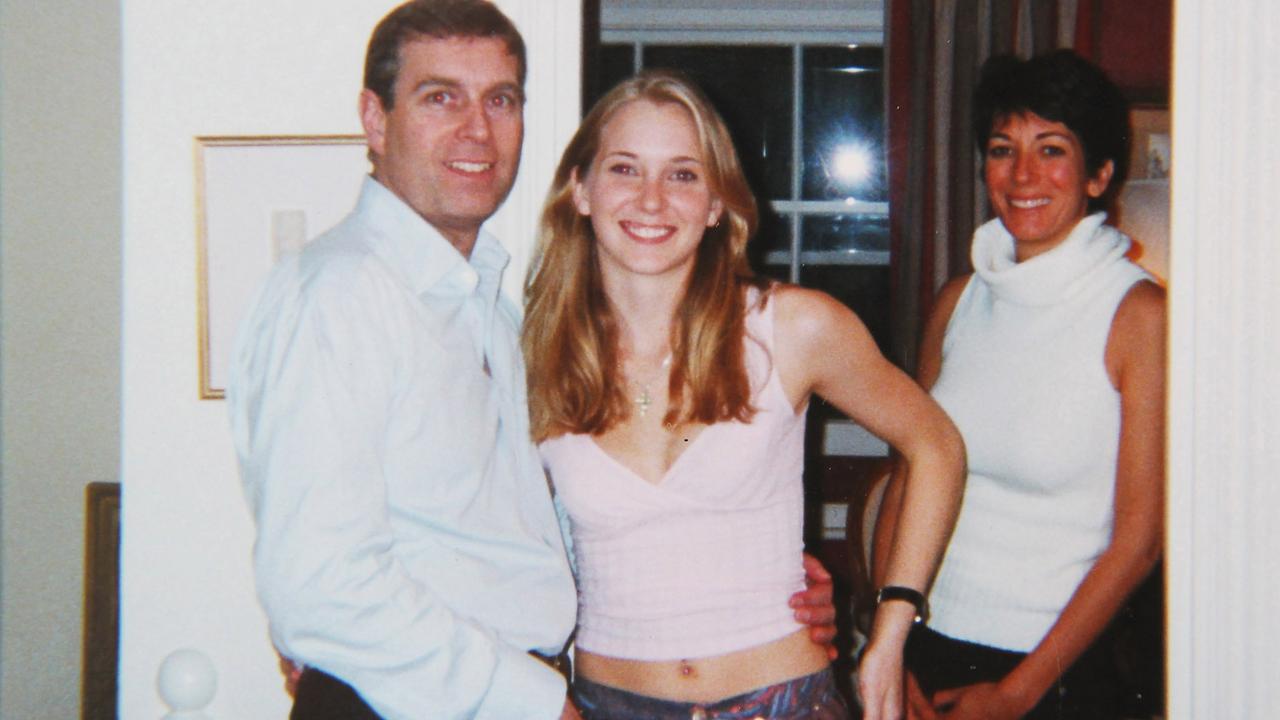 Lawyers for Prince Andrew are reportedly planning to frame his rape accuser Virginia Roberts as a sex trafficker, as he prepares to speak under oath.

Lawyers for Prince Andrew are reportedly planning to portray his rape accuser Virginia Giuffre as a sex trafficker allegedly using evidence from a victim of Jeffrey Epstein.

The Duke’s legal team is seeking sworn testimony from Carolyn Andriano who claims she was recruited by Ms Giuffre, then Roberts, at 14 and trained to give sex massages to a former pedo banker, The sun reported.

But the move could backfire dramatically, as Ms Andriano recently corroborated claims that Ms Giuffre had sex with Andrew at the home of convicted sex predator Ghislaine Maxwell when she was 17.

The Duke has strenuously denied the allegations made against him.

Andrew’s lawyers are also looking for other women who may have been recruited by Ms Giuffre when they were under testifying age, according to the Sunday time.

A source familiar with the Duke’s strategy told the newspaper that his legal team was “interested in speaking and interviewing anyone with relevant information about these allegations”.

It comes as the Duke, 61, was given a date for a two-day grill by Ms Giuffre’s lawyers from March 10.

Andrew will be questioned by ace lawyers David Boies and Sigrid McCawley before questioning a woman who claims she saw the prince with Ms Giuffre at London’s Tramp nightclub in 2001, the same night as the notorious photo.

His former royal aide, Robert Ashton Olney, will also be questioned by Mr Boies, 80, who has a fearsome reputation as the ‘biggest deposition taker’ in modern American justice.

Ms Giuffre, who now lives in Australia, has not yet agreed a date to be questioned under oath by Andrew’s lawyers.

The 38-year-old mother is suing the prince in New York in a civil case for alleged sexual assault and battery.

She claims she was trafficked as a teenager to the Queen’s favorite son through Epstein and Maxwell and had sex with Andrew three times in 2001 – once in Maxwell’s Belgravia unit, another time at Epstein’s New York mansion and a third time in the Pedo’s Caribbean. Little St James Island.

The prince’s legal team tried unsuccessfully to have the case thrown out on technical grounds, but are now recalibrating their strategy ahead of the jury trial due later this year.

They argue Ms Giuffre should not be compensated because she was complicit in a ‘criminal enterprise’ – the so-called ‘unclean hands’ defence.

In court documents filed last month, they said, “Giuffre’s alleged causes of action are precluded in whole or in part by his own wrongful conduct and the unclean hands doctrine.”

If Ms Andriano refuses to testify, she could be found in contempt of court and could be fined or jailed.

Now 35 and living in Florida, Ms Andriano’s testimony was pivotal in the jailing of Epstein’s co-accomplice Maxwell to 65 years in prison in December last year.

She revealed in court that Ms Giuffre had approached her to ‘make money’ at Epstein’s home.

Ms Andriano waived her anonymity last month when she told the Daily mail she was only 14 when she was drawn into the sick world of Epstein.

She said: “I could definitely pass for 21 when I was in makeup.

“I did my own makeup, but Virginia gave me clothes. She gave me these very tight shorts with a spaghetti strap top with all my cleavage hanging out.

She remembers giving Epstein a naked massage and seeing Ms Giuffre having sex with him.

“I didn’t know what to do or say or where to go, so I sat on the couch and watched until it was over,” she later said.

“We went back down and Maxwell said, ‘How did it all go? Virginia gave him a look to say it was a great session and that’s when Maxwell asked me for my phone number.

She was paid $300 and would return to the villa around 100 times over the next four years where she was allegedly repeatedly abused by Epstein.

In an interview with The mail, Ms Andriano confirmed Ms Giuffre texted her in 2001 saying she had slept with the Duke and showed her a copy of the now infamous photo of Andrew with his arm around Ms Giuffre as a teenager .

“I asked her if she had been to the palace,” Ms Andriano said, adding: “And she said ‘I have to sleep with him’.

“She didn’t seem upset. She thought that was pretty cool.

The prince’s lawyers are said to be plotting to use Ms Giuffre’s comments to Ms Andriano to claim the teenager had bragged and the allegation was impossible to prove.

The Duke’s legal team also claimed the photo of him and Ms Giuffre together was fake and demanded the original version.

Ms Giuffre’s solicitor, David Boies, previously said: ‘Virginia has said for years that her role in facilitating the participation of other young women is something she has always regretted.

“But that fact has nothing to do with the veracity of his allegations (against Prince Andrew).”

The Sun online has contacted Mr. Boies for comment.