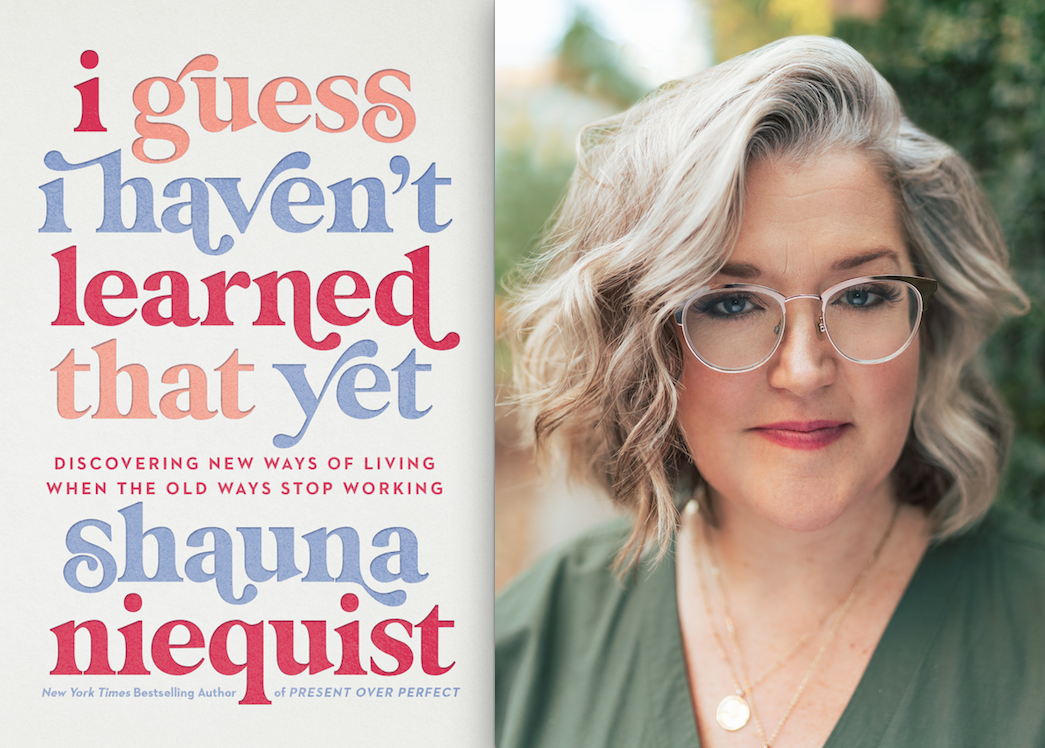 Shauna Niequist has sold 1.3 million copies of books such as bittersweet (2010) and Present on perfect (2016), which discussed seasons of change, healing from trauma and grief, and overcoming life’s obstacles. Now the author returns to familiar ground, but with a deeper sense of personal pain in his sixth business book, I guess I haven’t learned that yet (Zondervan, April 12). His latest track explores overcoming betrayal, particularly by his former mega-church pastor father Bill Hybels, a cross-country move, ongoing health issues and the stress of raising children during a pandemic in a 825 square foot apartment.

“I’m in this funny place in my life where I keep saying, ‘I guess I haven’t learned that yet,'” Niequist said. TP. That’s what she told herself every time she faced a new challenge, and it helped her get rid of the pressure of expectations. “The only way to start this book was to skim through it as a learner and listener with curiosity,” she says.

The main source of trauma for Niequist is what she describes as “cataclysmic change”. In 2018, a number of women affiliated with his father’s Chicago-based Willow Creek Community Church accused him of sexual misconduct. However, Niequist’s book does not address the controversy surrounding Hybels – in fact, there is no mention of the allegations against his father by name or the resulting investigation. Niequist instead focuses on his own story.

In late 2018, Niequist, her husband Aaron, and their sons Henry and Mac left behind their tight-knit community of family and friends in suburban Chicago to move to New York City, where Niequist and Aaron enrolled in a master’s program. at the General Theological Seminary. . “It was a really dramatic change that we encountered,” Niequist says of the move. One of the first challenges she faced was enrolling her children in school. Back home, the strong sense of community made him feel safe; she knew exactly where her children would be and who they would be with. At their new school, the process seemed abrupt and impersonal – all that was needed was a birth certificate to get them settled the next day. “It felt like our first big hurdle, like we were living on another planet,” she says. This made him realize that there would be a lot of stark differences in his new life.

Another change she experienced was in her practice of faith. “I grew up in a non-denominational Christian church in the Midwest. It was a church that my parents started, so I used to be at the center of it,” she says. When she moved to New York, she joined a much smaller church. Although it took some getting used to, she found joy in taking on a new role. “All of a sudden, I have the immense luxury of becoming a normal parishioner and participant,” she says.

While there were positives, the upheaval took its toll. “The hardest thing has been the changes and the trauma that is piling up,” she says. Shortly after arriving in New York, Niequist discovered she was going through early menopause. Soon after, the pandemic hit and her children were unable to go to school. She also suffered from chronic pain. “It was like a mole, once you get something almost stabilized or you learn to deal with it, then there’s something new,” she says. Continuing through the deluge of challenges gave him “resilience fatigue”.

Carolyn McCready, Zondervan’s editor who has worked on many of Niequist’s past works, notes that while I guess I haven’t learned that yet was born out of pain, it’s not just “a slog across the land of disappointment”. During the editing process, she found Niequist’s life of faith and spiritual perspective deepened, adding: “There are really beautiful sparks of joy in the book.

If readers take away one message from his new book, Niequist hopes it will be: “You are not alone.” And she is careful to say that this work is not prescriptive. “I don’t write as an expert, guide or pastor, but as a companion on the journey, reaching out so that we can walk together,” she says.

Niequist will make major press appearances, as well as a book event at 92n/a Street Y in New York with Savannah Guthrie on May 4, as well as an event in Nashville in April, according to the publisher.