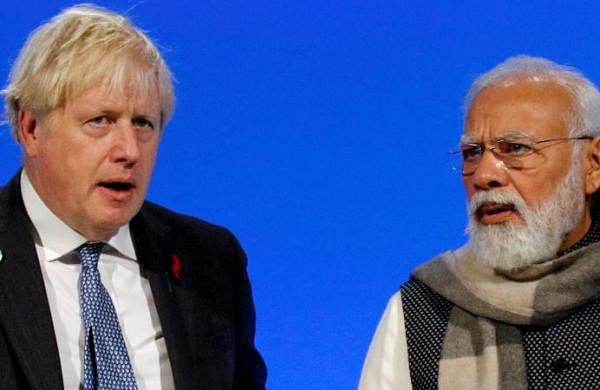 “My visit to India will bring things that really matter to the people of our two nations – from job creation and economic growth to energy security and defence,” Johnson said recently.

The focus of his visit will be trade, defense and security. British Chancellor of the Exchequer Rishi Sunak, in his spring statement, outlined a series of measures relevant to Indian businesses, bearing in mind Prime Minister Johnson’s visit to India, which would give impetus to the expansion of trade and investment between India and the UK.

Indian companies secured 40% of all work visas issued by the UK last year (almost as many as the rest of the world combined) and employ over 100,000 people in the UK. “It is important for both countries,” Sunak said in his statement.

Tax relief has been extended to UK companies to cover R&D conducted overseas – which could further improve R&D-focused investment by UK companies in India, including the co-creation of new technologies with partners indians.

Currently, R&D spending in India is in health, defence, agriculture, industrial production and technology, space, transport and energy. All these sectors are of interest to the United Kingdom.

FTA negotiations between the UK and India will be brought forward with the visit of Prime Minister Johnson. Announcements are likely to be made in the field of technology transfer in the fields of defense (particularly the maritime sector) and security.

Meanwhile, Prime Minister Johnson begins his trip to India by landing in Ahmedabad on Thursday. He is expected to inaugurate JCB’s sixth plant in Vadodara. JCB happens to be a supporter of the Conservative Party and its chairman Lord Bamford came for the laying of the foundation stone of the plant in 2019. The investment for this plant was Rs 650 crore.

In Delhi, he will meet Prime Minister Modi and they are likely to make an announcement regarding bilateral trade and partnerships.

Ukraine will be among their discussions. “As we face threats to our peace and prosperity from autocratic states, it is vital that democracies and friends stand together,” Johnson said, indicating that he would expect India takes a tougher stance against Russia.

Trade between India and the UK is estimated at £23 billion every year. Last year, the two countries agreed on a comprehensive strategic partnership between the UK and India, which the UK government said would bring more than £533m of investment into the
country of India and would lead to the creation of more than 6,500 jobs.