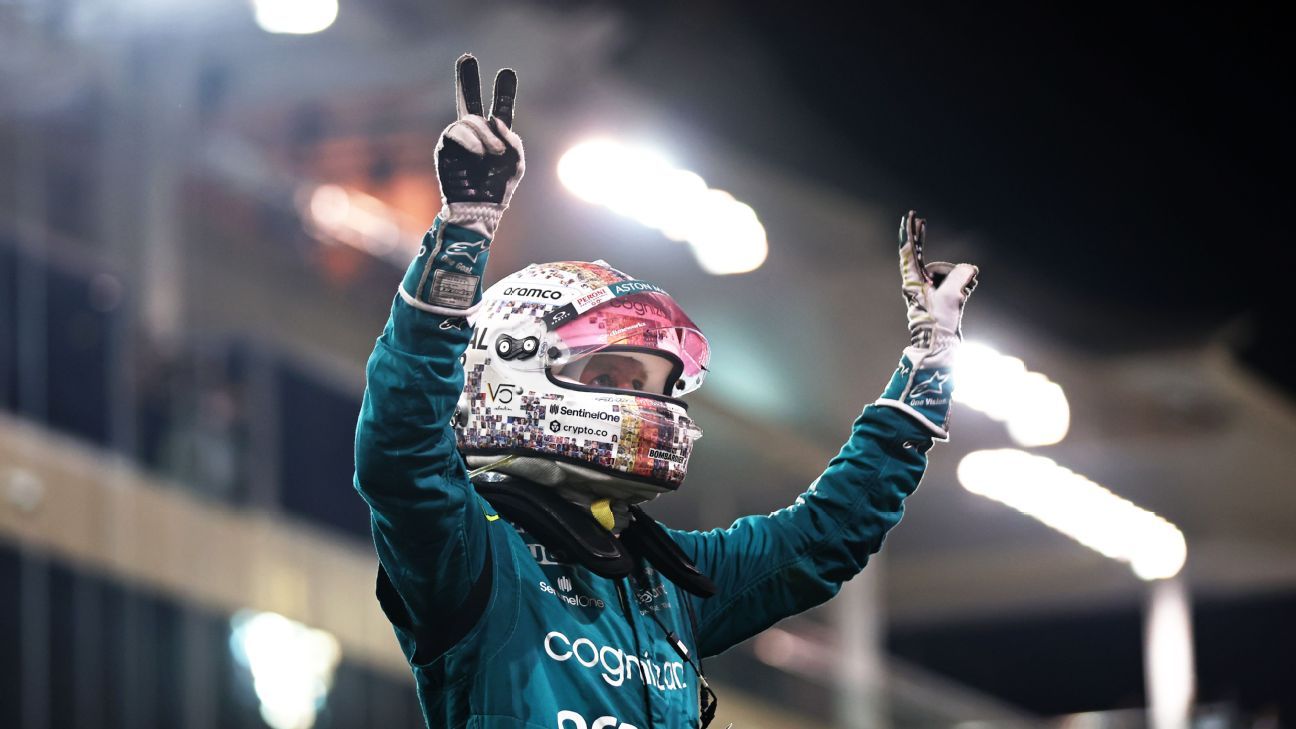 Sebastian Vettel capped off his legendary Formula 1 career with a 10th place finish at the Abu Dhabi Grand Prix.

Vettel’s latest race was marked in a number of ways, including a track race on Saturday night, the four-time world champion staged for people of all skill levels within the paddock.

Lewis Hamilton also took note of the 20 drivers at a dinner to say goodbye to the German driver earlier this week.

Vettel received a guard of honor from the other drivers before the race and, after the checkered flag, made donuts on the track.

He was then interviewed in front of the main stand after getting out of his car, which is usually reserved for the top three.

“I feel a bit empty, to be honest it’s been a big weekend,” Vettel said in a post-race on-track interview.

“It was a bit of a different warm up today to get into the race, but once the lights go out it’s full race mode.

“Obviously maybe we didn’t go for the best strategy so that was a shame because I think we could have overturned the constructors’ championship for us.

“But overall, obviously a great day and a big thank you to all the support, so many flags, so many smiling faces, which has been very, very special.

“I’m sure I’m going to miss more than I understand right now.”

Vettel’s next step after F1 has yet to be confirmed. The German driver said ahead of this weekend’s race that he was in no rush to jump right into another racing series as he wanted to spend time with his family.