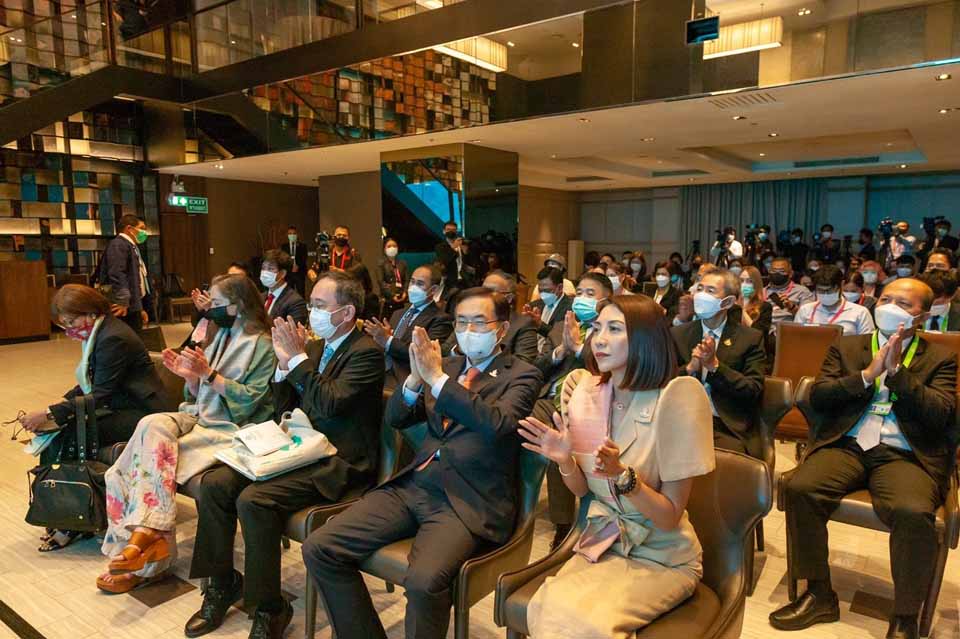 “It is certainly an honor for the Ministry of Tourism and Sports to host the 11th APEC Tourism Ministerial and related meetings, especially during the year of Thailand’s chairmanship of the APEC 2022 organized under the theme “Open. Relate. Balance.”

For this week’s meetings, we hosted about 200 delegates, including ministers and representatives, which can be considered a great success.

During TMM11, activities and initiatives under the APEC Tourism Strategic Plan 2020-2024 were reported to the meeting, along with discussions on the APEC Cooperation Guidelines to Accelerate the Revitalization of the tourism in the post-COVID-19 era and the role of the tourism sector in promoting the well-being of the people of the region by focusing on and giving importance to accelerating the recovery of tourism.

We also exchanged experiences in promoting the recovery of each economy and discussed how to maintain the status of tourism as a sector that contributes to the well-being and well-being of people in the APEC region. .

Throughout the meeting, economies negotiated the draft joint statement to the best of their abilities and were able to reach consensus on each paragraph. Except for one paragraph. Thus, I will publish a statement from the president.

However, we were able to reach a consensus to follow the documents of the APEC Policy Recommendations on Tourism of the Future: Regenerative Tourism and the APEC Guidelines for Tourism Stakeholders. These two documents are the deliverables and tourism cooperation of APEC this year. These achievements are all important milestones for APEC in its progress towards achieving the Putrajaya Vision 2040 and for us to keep working.

As Chair of the 11th APEC Tourism Ministerial Meeting, I would like to express my sincere thanks and appreciation to the APEC Tourism Ministers and Representatives, the Executive Director of the APEC Secretariat, Chiefs of the APEC TWG, the delegates and all who participated, including all relevant departments and agencies of Thailand, the host economy who cooperated and executed their tasks together successfully until the very end of these meetings.

I sincerely hope that the results of this meeting will reflect our unwavering determination to continue our commitment to the professional aspirations of APEC.

Succeed according to the “Putrajaya Vision 2040” for a prosperous, open, vibrant, resilient, peaceful APEC future and, above all, for the well-being of APEC residents of this generation and the next.

Thailand’s deliverables from presenting this concept can be the starting point to create tourism policies that build on the concept of sustainable tourism to help revive the tourism sector which has been severely impacted by COVID19, and to maintain resources in Thai tourist destinations to be sustainable.

Thus, giving people in local communities the opportunity to participate in an inclusive distribution of income, initiate a system for villagers to have a self-sustaining career and enjoy the benefits of the local community as a host of each tourist attraction trip .

This push for sustainable tourism will be shared among APEC members, not only on issues of regional connectivity, particularly intra-travel and tourism, but also to promote sustainable and inclusive growth. With the aim of balancing economy, environment and society under the theme of APEC Thailand, this event “Open. Relate. Balance”. (TAT)