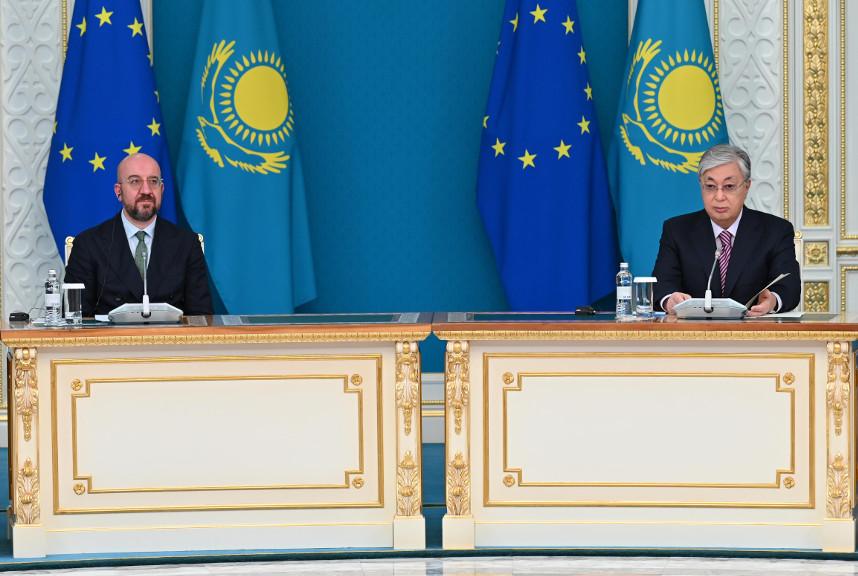 During the talks, which took place in an open, friendly and constructive atmosphere, President Kassym-Jomart Tokayev and President Charles Michel confirmed the high level and dynamic development of relations between the Republic of Kazakhstan and the European Union over the past 30 years. They agreed to strengthen, deepen and further expand the multifaceted cooperation between Kazakhstan and the EU in the years to come.

The parties reiterated their firm commitment to the Charter of the United Nations, to international law and to the principles of sovereignty, independence and territorial integrity. The presidents stressed the importance of maintaining peace and security, as well as settling disputes through diplomatic means.

The two leaders agreed on the continuation and full implementation of the Enhanced Partnership and Cooperation Agreement (EPCA) between Kazakhstan and the EU, the EU strategy for Central Asia , as well as new EU initiatives for Central Asia on connectivity and other sectors.

The two presidents welcomed the dynamism of political, trade and economic cooperation over the past 30 years. They noted with satisfaction that the European Union is Kazakhstan’s main trade and investment partner. In this regard, the Presidents stressed the importance of exploiting the existing potential in the areas of green economy, energy efficiency, digitalization and connectivity between Kazakhstan and the European Union.

The meeting also discussed cooperation in the field of critical raw materials (CRMs), in particular rare earth metals. The parties confirmed their willingness to develop a strategic partnership in the field of CRMs and welcomed the forthcoming signing of the Memorandum of Understanding between the Republic of Kazakhstan and the European Union on a strategic partnership on sustainable raw materials, batteries and renewable hydrogen value chains. In this spirit, they also stressed the importance of continuously improving the business climate and ensuring an enabling environment to further attract EU investment to Kazakhstan.

Particular attention was paid to the issue of avoiding the unintended negative impact on Kazakhstan’s economy of European Union sanctions. President Michel reaffirmed that EU sanctions were not directed against third countries and underlined the importance of international sanctions not being evaded or circumvented. The two sides also discussed the relocation of European manufacturing companies, whose products are not subject to sanctions, to Kazakhstan.

Given the current geopolitical situation, President Tokayev and President Michel stressed the importance of extending existing international transport corridors and developing new international transport corridors between Europe and Central Asia in order to facilitate production and global supply chains. They also discussed the opportunities offered by the

The Trans-Caspian International Transport Route and options for further developing it, and the role of other transport links in the region.

The two presidents noted that climate change is one of the most pressing challenges to which Kazakhstan and the EU need to adapt their economic activities. The problem of global warming requires urgent and effective action from the global community. Both sides stressed the importance of strengthening cooperation between experts, technologies and techniques to adapt their economies to low-carbon development. They also spoke of the need for increased support for regional cooperation in the field of water management.

The two leaders welcomed the constructive dialogue between Kazakhstan and the European Union in the field of human rights and the rule of law. Kazakhstan reiterated its commitments in these areas. The President of the European Council welcomed Kazakhstan’s significant reform program aimed at advancing its political modernization and its vision of a fair and just Kazakhstan, as well as its commitment to a full and transparent investigation on the events of January.

President Tokayev and President Michel exchanged views on the regional and international agenda, including Afghanistan. The parties stressed the importance of strengthening regional dialogue in Central Asia, which is key to the region’s prosperity, resilience and continued sustainable development. 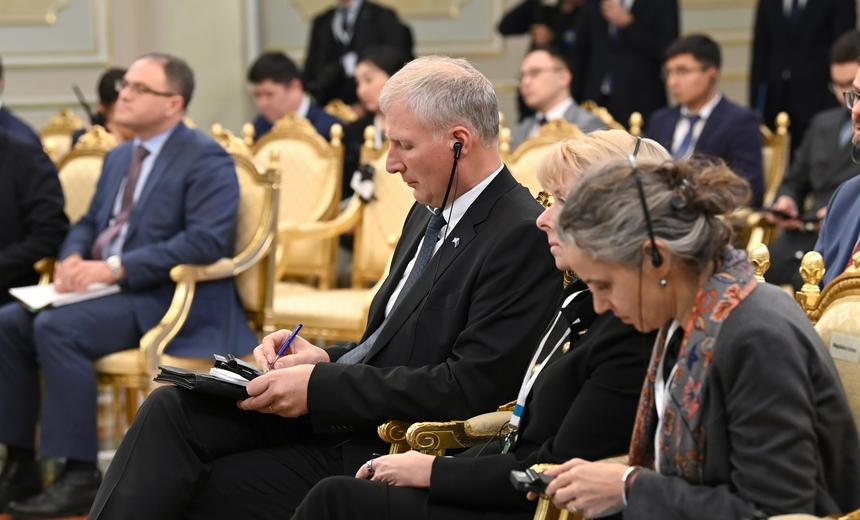