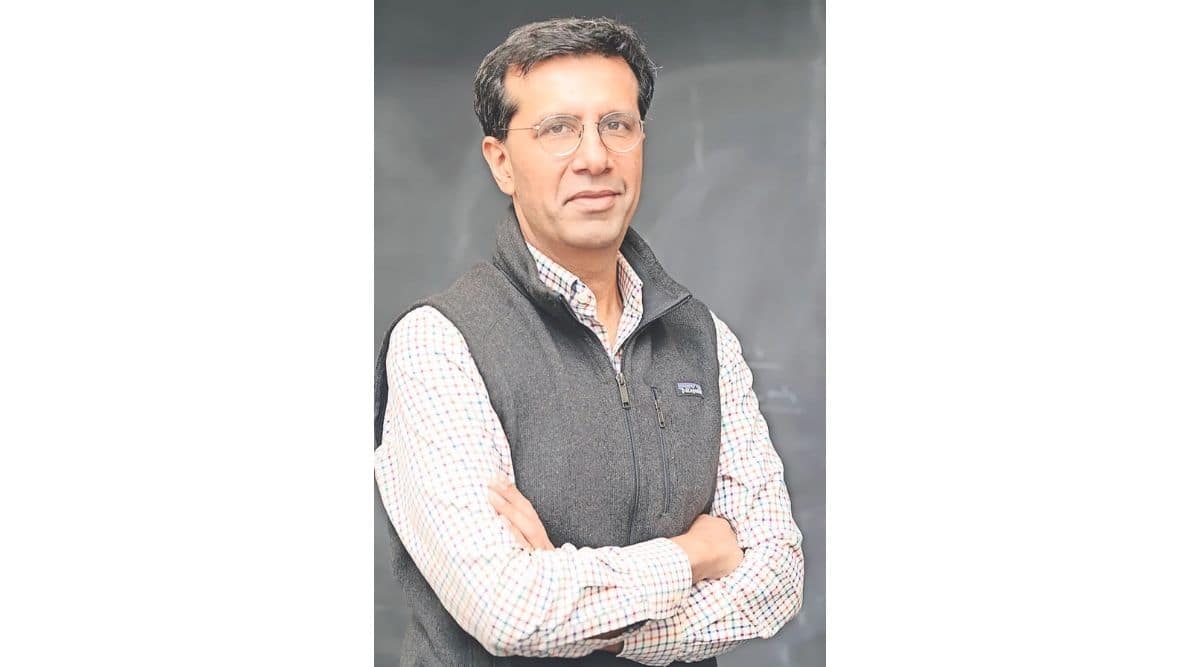 As offline classes resume in schools across the country, Central Square Foundation (CSF) founder Ashish Dhawan, who works closely with the Center and many states to address fundamental learning gaps, believes that the authorities should help children adjust before taking the textbooks.

Dhawan, who is also a founding member of the Ashoka Universityis currently setting up the Convergence Foundation, which will intervene in many areas of the social sector, including women’s empowerment and air pollution, by creating organizations like CSF, which works mainly on education school.

He spoke with Sourav Roy Barman on various topics, including the government’s NIPUN Bharat program, which CSF helped develop and implement, fundamental learning gaps aggravated by the pandemic, and higher education reforms. announced by the UGC. Excerpts:

Before the pandemic, you quoted a World Bank report to say that 55% of Indian 10-year-olds lack basic learning skills, which is classified as learning poverty. What has been the impact of the pandemic?

The percentage may have gone to 65%. 100 now. The question is how to bring it down to 20-30% over the next decade? We know that learning breaks down early and we have to go to class I, II, III. If you can’t do basic math, addition, subtraction, then how do you do fractions in class IV or V? How do you do algebra in class V or VI? So these are basic foundational skills that every child should master by the end of Class II. The committee that drafted the National Education Policy (NEP) understood this and said in the report that it should be India’s top priority in school education and should be pushed into mission mode. And then the National Initiative for Proficiency in Reading with Understanding and Numeracy (NIPUN) Bharat program was launched.

How does NIPUN Bharat work?

It will prioritize foundational learning in a large public system. So, for grades I, I and III, the government has created a separate project, where it will pay for all teaching-learning materials, teacher professional development assessment. The Center also sets the goals and objectives and takes care of the monitoring aspect. The implementation is done by the States. The CSF has memorandums of understanding with 12 states. We have project management units working at the state level. So it’s a team of people working with the Department of Education on Foundational Literacy and Numeracy (FLN).

The NEP helped institutionalize the FLN at a time when the pandemic was not on the horizon. But as children return to school after a long hiatus, what interventions are needed to help them cope?

States have a catch-up of four to six months. So the idea is to keep the textbooks aside for now. At present, if a child is in class III, the truth is that he has never attended school in class I or II. So, in the first few months, teach them the most basic concepts. Only then do we even open the class textbook, and then in the next six months the goal should be to catch up on key concepts.

Should NIPUN be redesigned to meet specific needs arising from the disruption caused by the pandemic?

No, I do not think so. The objectives of NIPUN remain the same. Within NIPUN, each team must catch up. We will continue to do formative assessment, have a teacher’s guide with lesson plans, have a workbook, need classroom reading materials and a math kit to make it easier for children to understand abstract concepts in a comprehensive form. So I don’t think NIPUN needs to be redesigned, because it’s a program for the next five years. Within NIPUN, the Center told states to take their time to catch up.

During the pandemic, we have seen schools being the first to close and the last to open.

I think that mindset will change now. People have to internalize that life has to go on even if you face the next Omicron. I was in New York for Christmas, New Years and the kids had to go back to school in January when Omicron was all the rage in the States. There is no greater risk in opening schools and our policymakers now need to internalize that because what we didn’t do in the beginning was some form of cost-benefit analysis. We should have started school earlier. If you do a cost-benefit analysis, there is a risk, but the cost of keeping children at home for two years is not measured and it impacts a whole generation of children. So I think people are going to internalize now that we can’t do it again.

It is purely economic. The temptation of English and the responsibility lead parents to send their children to private schools. And normally you need an income above a certain threshold to do so. So if your income has been affected, that’s one of the reasons. This is the demand shock. Covid also had a supply shock, where schools were closed for so long and there was no revenue. They couldn’t justify the billing. They couldn’t do zoom classes. Top-league private schools could justify saying they run zoom classes. As a result, the parents were unwilling to pay. Thus, many private schools have even closed. So you have both a supply shock, like we have with many MSMEs, and a demand shock. This is not for CBSE schools, not for high end schools. Everything is at the very, very low end of the sector.

Do you think the dropout rate has increased?

It was definitely a problem. I hope dropouts don’t increase dramatically. My guess is that there might be a few percentage point increase in dropouts in the short term, but I think that will eventually reverse.

How is Ashoka University embracing the gradual rollout of NEP in the form of four-year undergraduate courses or a common entrance test, among others?

We always wanted four-year courses. For us, FYUP is a blessing. In terms of CUET, we will have to see what the test looks like. For us, having another good external reference is not a bad thing. Board reviews, I agree there has been a lot of rating inflation. But we’ll have to wait and see what it looks like.

I cannot comment. It was their decision. A few have left, but we still have 150 teachers. If they think we’re interfering with their day-to-day functioning…they’re all high-profile figures and you should talk to them individually. They will tell you that they have more freedom at Ashoka, whether in terms of course design, interaction with students, or what they say and write. We haven’t had any massive exit, neither from the point of view of the professors, nor from the students. Our requests have increased by 30% each year. The institution is still strong and continues to be a top choice for students.