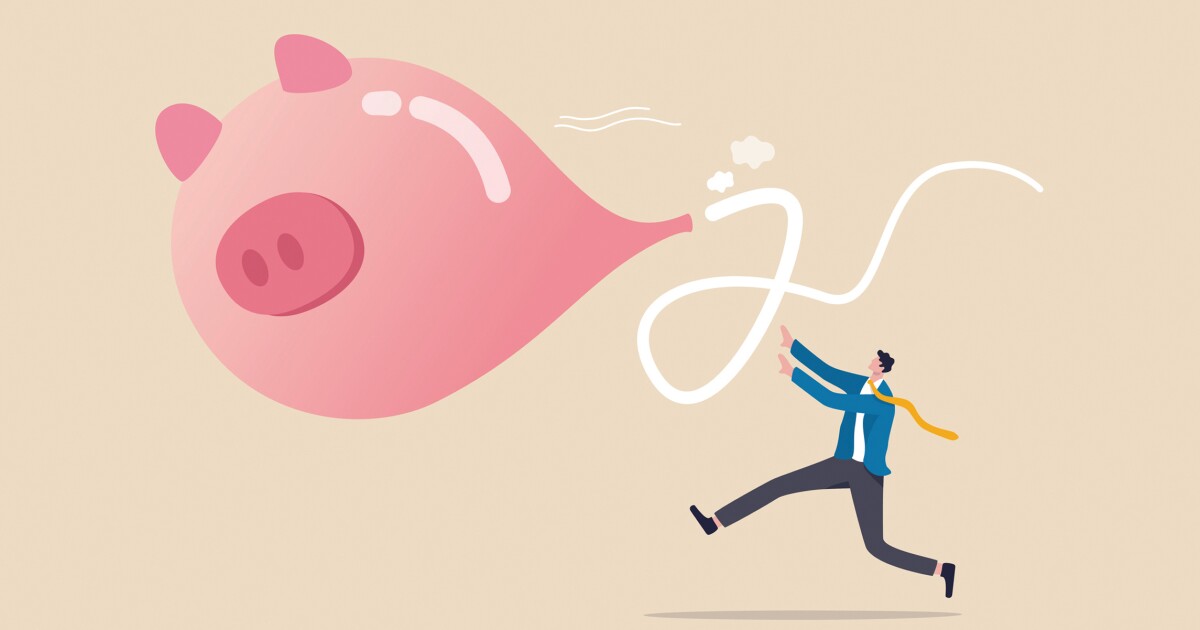 II was struck by the split in opinions about the state of the economy between people with real jobs in America and the opinions of elites in Washington.

Gallup and other primary and reputable pollsters find that the public is very concerned. About 2 in 10 respondents rate the US economy as good or excellent. That compares to nearly 6 in 10 people who thought the economy was good or great throughout the Trump years. In other words, three times as many people liked the way things were going under Trump’s policies than they felt the same way about Bidenomics.

The Washington Postthe Atlantic, and other rags inside the Beltway, the only place on the planet that gets richer when the rest of the country gets poorer, wonder why the public is so depressed. The standard view inside the Beltway is that the public just doesn’t appreciate how well the country is doing. They say the job market is strong, and it’s true. The public has made a lot of money on the stock market. True also, until recently. And we are doing better than France, Italy and Germany.

Listening to this chorus, which includes the White House economics team, you’d think we should be celebrating like it’s 1999! Biden says he’s ditched “fallout economics.” Instead, it paves the way for a stronger, more robust economy. But rather than “building back better,” we’d probably be much better off if he had just left things as he found them.

Audiences are right to have their “tingling spider senses.” Sadly, many feel like they are on the beach and the winds are calm, but a tsunami is approaching.

They are right to be afraid. In the past two and a half years since COVID began, we have spent and borrowed $5 trillion from Washington that we don’t have. Our welfare and handout programs have kicked millions out of the workforce for two years now and thrown them into the hammock. Free rent. Free medical care. Free food. No need to rush back to work. As the New York Times said recently, Biden is implementing a “cradle-to-grave government.”

We practiced a wacky idea called Modern Monetary Theory that taught us that we could keep spending and borrowing without fear of the bubble bursting. People like Janet Yellen, Alexandria Ocasio-Cortez and Bernie Sanders actually drank this Kool-Aid.

But guess what? The bubble is already bursting. Over the past year, the 8.3% inflation rate has exceeded wage increases by 5.4%, and this has been the case for virtually every month that Biden has been in office. On the other hand, the the wall street journal reports that wages have exceeded inflation every year Trump has been in office.

Take family income into account. Under Trump, median household income increased by about $6,000. And it wasn’t for the rich. Working class people have seen these giant gains in living standards and purchasing power. Under Biden, we don’t have the census numbers yet, but based on wage numbers and inflation, it’s likely that the typical middle-class family lost between $2,000 and $4,000. And it’s supposed to be a cover.

The losses are getting worse month after month and inflation is still higher than wage gains. In other words, the public is not just imagining that the economy and family finances are heading south. They are.

It was so predictable because of overspending and the war on American energy that only a liberal with ideological blinders could not see it coming.

But instead of undoing the failed economic strategy, Biden, House Speaker Nancy Pelosi and Senate Majority Leader Chuck Schumer are still selling green energy and the Build Back Better Bill of 3 trillions of dollars. No wonder the stock market and pension funds have lost around $7 trillion in the past three months.

No one in the White House or in the media will admit any of this. They are doing very well, thank you. It seems that the only thing that will change things is a change in diet.