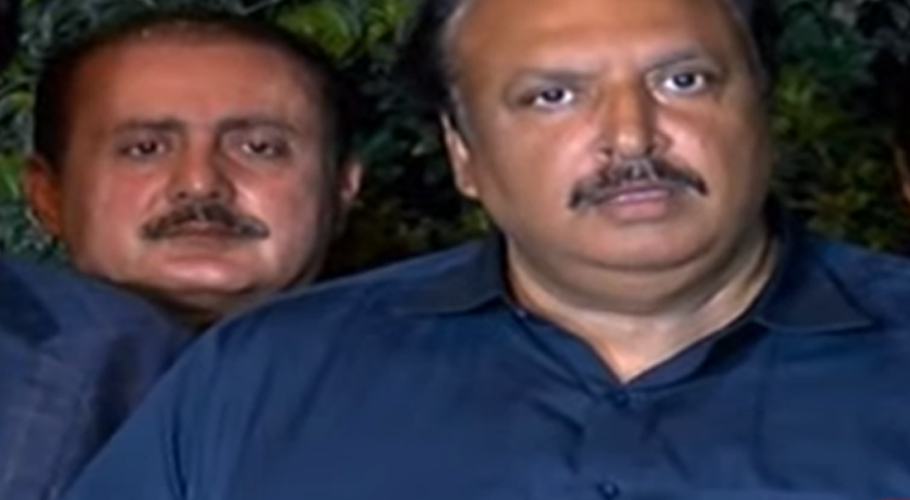 LAHORE: The group of lawmakers who expressed loyalty to Jahangir Tareen said the talks will continue after the government accepts the minus-Buzdar formula.

Speaking to the media in Lahore, Punjab MPA Nauman Langrial said Tareen is currently in London and they have empowered him to make the final decision.

Langrial said the group was also contacted by other political parties and they kept Tareen informed of developments. He said an important meeting will be held tomorrow to make decisions regarding the future of the group under the current circumstances.

“Different political parties have contacted us and an important session of our group will be held tomorrow (Wednesday) to decide on the next strategy. The number of members of Jahangir Tareen Group is third in the Punjab Assembly,” he said.

Langrial said the Tareen group agrees to continue the talks based on the minus-Buzdar formula. “I want to make it clear that everyone in the group is united on the position that we will move forward without Buzdar,” he said.

He also declined to say if Aleem Khan had been selected for the job, saying the group was united under Tareen’s leadership. “Jahangir Tareen Group is a strong alliance and it’s like a family. All band members will agree on Jahangir Tareen’s decision.

Concluding his press conference, he affirmed that it was not a “rebellion”. “We follow a certain mandate and people have certain expectations of us. We are not only thinking of the PTI, but also of the province.

“We presented a mandate. We think best for Pakistan Tehreek-e-Insaf (PTI) while keeping all the results in mind,” Langrial said.

Sindh Governor Imran Ismail and Information and Broadcasting Minister Fawad Chaudhry called on Prime Minister Imran Khan in Islamabad to convey the claims of the dissident group. There are reports that Tareen Group wants the replacement of Punjab CM Usman Buzdar which the Prime Minister has refused.

Earlier, Prime Minister Imran Khan voiced his support for Punjab Chief Minister (CM) Usman Buzdar and said it would not be easy to replace him.