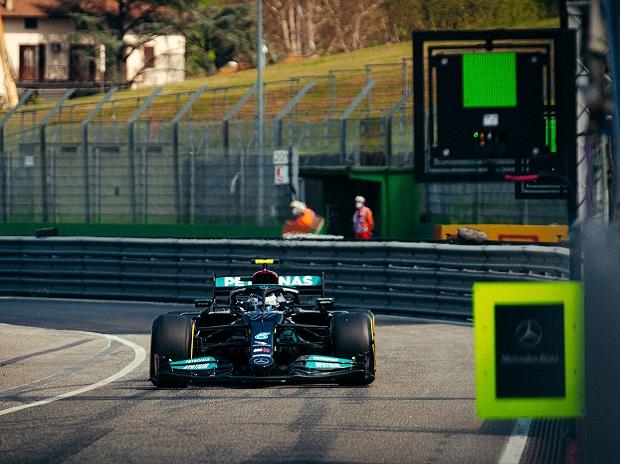 When the Formula 1 circus arrives in Singapore this week for the 13th edition of the Singapore F1 Grand Prix from September 30 to October 2, it will signal Singapore’s strong comeback as a host of world-class events after the COVID-19 pandemic has brought its tourism industry to a screeching halt.

With pent-up demand for exciting live events, crowds from around the world will descend on the city-state in numbers not seen since the inaugural Singapore GP in 2008, when a crowd of 300,000 attended the event. Since then, the best three-day attendance was the 268,000 reached in 2019. COVID-19 ended the world’s only street-circuit night race in 2020 and 2021.

It is estimated that around 40% of Grand Prix spectators are foreigners, many of whom will no doubt come from India.

Indians currently make up the second largest group of visitors to Singapore by country of origin. Until August, Singapore received a total of 2.96 million visitors. Among them, 378,490 come from India. Indonesia is the largest source of foreign visitors to Singapore through August with 588,870. Malaysia ranks third with 264,170, followed by Australia (258,670) and Vietnam (177,510).

In July and August, around 725,000 foreigners entered Singapore each month, the highest so far this year. At this rate and if global travel continues to pick up, Singapore expects to reach around 6 million visitors by the end of the year.

COVID-19 has caused the complete shutdown of Singapore’s tourism industry. Businesses dependent on tourism, including restaurants, hotels and retail stores, have been closed (some forever) and workers in the industry have had to find other forms of employment.

If the first three months of 2020 – just before the pandemic forced borders to close around the world – were not counted, Singapore only received 90,000 foreign visitors in 2020. It did slightly better in 2021 with 330,000 visitors. At its peak in 2019, Singapore was the fifth most visited city in the world with over 19.1 million visitors, beating more glamorous cities like New York and Paris.

During Singapore’s COVID-enforced tourist winter, the Singapore Tourism Board (STB) has not stood still. Instead, he has gone on the offensive to ensure Singapore remains ahead of potential foreign visitors. STB’s regional offices have launched new initiatives to engage fans and boost Singapore’s image to the world. It has also partnered with technology, media and travel industry players in key source markets to jointly promote Singapore as an attractive destination for future travellers.

Since the start of the pandemic, the STB has been working closely with industry partners to chart a new course for the tourism sector. In February 2020, the Tourism Recovery Task Force (TRAC), comprised of private and public sector tourism leaders, was established to develop and implement joint recovery strategies. TRAC has helped identify opportunities arising from COVID-19, piloting and implementing measures to co-create recovery plans and build confidence in Singapore’s tourism sector.

During the lull in tourism, various training and development activities took place to support workers in the industry during the recovery of tourism. These included job redesign initiatives to train existing employees in new skills that enabled them to be redeployed to other areas outside of their specializations.

The result of STB’s active efforts to reposition Singapore as Asia’s premier tourism and business destination has been the rapid recovery of the industry as the borders have opened up.

In the first three months of 2022, Singapore hosted more than 150 local and international events attended by more than 37,000 people, according to the tourism board.

With the easing of COVID restrictions and the rebound in tourism, as evidenced by the number of arrivals over the past two months, hotels have been busy. Earlier this month, Bloomberg reported that with the series of high-profile events scheduled for the coming months, hotel rooms in Singapore are the most expensive in nearly a decade.

The latest data from the STB showed that the average July hotel room rate rose nearly 70% year-on-year to SGD259 (USD185) per night since September 2012. Despite this, a hotel stay Five-star luxury in Singapore is still reasonably priced compared to its regional peers.

Growth in visitor arrivals is expected to continue with a host of international business, entertainment and sporting events planned for the rest of the year. The Formula 1 Grand Prix is ​​just one of many.

Just before the Grand Prix, Singapore will host the Milken Institute Asia Summit and the Forbes Global CEO Conference. The Asia Pacific Petroleum conference and several crypto events in September are also in the works, followed by Gamescom Asia in October, the Bloomberg New Economy Forum and the World One Health Congress, both in November.

As far as entertainment goes, world class artists coming to Singapore include Westlife and Green Day during the Grand Prix and later in the year Justin Bieber, Maroon Five and Guns N’ Roses.

S Iswaran, Singapore’s Transport Minister and Trade Relations Minister, who was the main government official responsible for the Grand Prix, strongly believes that the Grand Prix is ​​an important focal point for tourists, global events and business meetings, and enhances Singapore’s reputation as a global city with a vibrant lifestyle.

Singapore extended its Grand Prix hosting rights in January this year for another seven years until 2028. It is reported that STB pays around $35 million a year for hosting rights and it costs about $100 million to make it work. Organizers say Singapore has enjoyed around $1.1 billion in additional tourism revenue since its inception.

“The overall benefit is for our tourism industry, particularly hospitality – so hotels benefit, the airline industry, but also also F&B and our retail sector,” said said Iswaran at a community event held in late August. “Overall, I think this is a positive impact for the wider hospitality industry and other sectors associated with the Formula 1 event.

(Only the title and image of this report may have been edited by Business Standard staff; the rest of the content is auto-generated from a syndicated feed.)