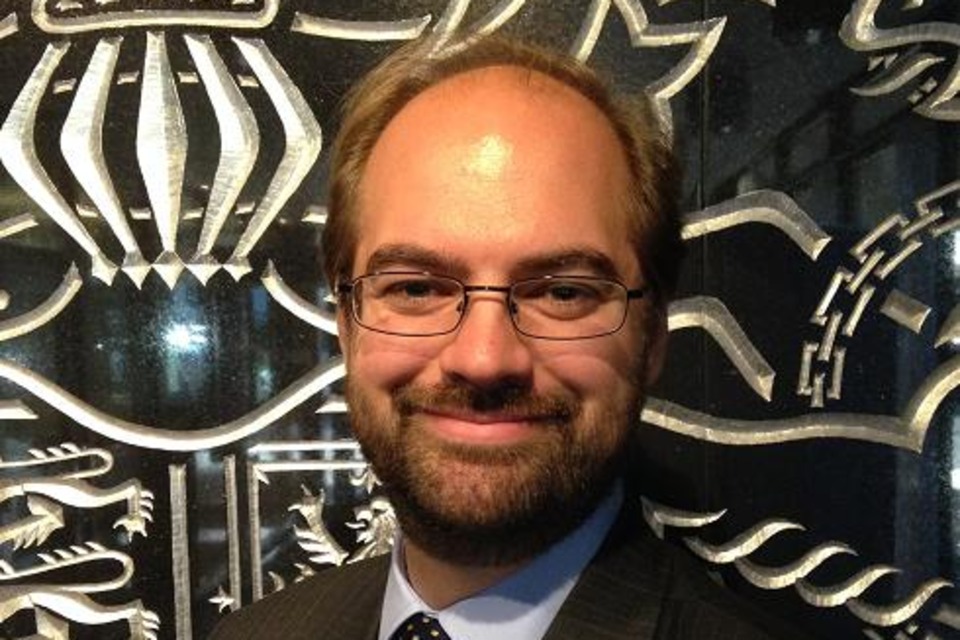 Thank you for convening this plenary this morning. It is a valuable opportunity to reflect on what we have heard from our high-level visitors this week, and what this means for the work of our Conference.

As Lord Ahmad told this conference on Monday, Russia’s unprovoked and premeditated attack on Ukraine, a sovereign and democratic state, casts a shadow over our work. The ultimate objective of this conference is to contribute to international peace and security and to prevent war. So when a member of this Conference invades another member, we cannot remain silent.

As Chair of the Convention on Cluster Munitions, the UK is particularly concerned about reports of the use of cluster munitions. More generally, we have worked closely with a wide range of partners to expedite an International Criminal Court investigation into Russian war crimes in Ukraine, including its indiscriminate use of force against Ukrainian civilians.

As a permanent member of the UN Security Council, Russia has a special responsibility for the maintenance of international peace and security. Instead, it violates the borders of another sovereign country and repudiates the principles each country has pledged to uphold. It is now vital that Russia urgently defuses and withdraws its troops. It must be held accountable and stop undermining democracy, global stability and international law.

The UK and our international partners are united in condemning the reprehensible actions of the Russian government, which constitute a flagrant breach of international law and the UN Charter and show blatant disregard for its commitments under the Budapest Memorandum and the Minsk agreements.

The UK stands with Ukraine and will always defend the right of the Ukrainian people to choose their own destiny. We are joined in our outrage by friends and allies around the world. We will work with them – as long as it takes – to ensure that Ukraine’s sovereignty and independence are restored and that Russia is held accountable for its aggression.

We also condemn Russia’s disinformation campaign, which has included numerous attempts to stage false pretexts for war. Most notable of these for this conference is the ridiculous assertion, repeated here Tuesday by the Russian foreign minister, about nuclear weapons. It is important to remember the facts. Ukraine acceded to the Nuclear Non-Proliferation Treaty in 1994 as a non-nuclear-weapon state and voluntarily surrendered to Russia nuclear weapons that had been on its territory since the time of its independence from Russia. towards the USSR. In doing so, Ukraine received security guarantees from the United States, United Kingdom and Russia in the Budapest Memorandum against threats or use of force against territorial integrity or political independence. of Ukraine – guarantees that Russia has blatantly ignored. There is no evidence that Ukraine has developed or sought to develop nuclear weapons, and it is shameful that the Russian government continues to carry out this type of disinformation operation in a transparent attempt to justify the unjustifiable. No, let’s be clear: this is President Putin’s war of choice.

Along the same lines, Russia’s misrepresentations prior to its premeditated invasion regarding chemical weapons attacks prepared by Ukraine are another example of this type of disinformation. If any country represented in this room has a history of using or covering up the use of chemical weapons by others, it is the Russian Federation. Let me remind them that the world is watching their actions closely.

Let me now offer some thoughts on the implications of these developments for our work here in the Conference on Disarmament, and for the disarmament machinery more generally.

First, as we all know, it is impossible to decouple disarmament work from the current security environment. It goes both ways: Russia’s aggression will clearly have an impact on other countries’ security calculations. But it is also more important than ever for the international community to revitalize our commitment to arms control and disarmament.

This must start with consolidating and strengthening our existing frameworks, and speaking out against non-compliance. This year, we look forward to finally holding the Tenth Review Conference of the Treaty on the Non-Proliferation of Nuclear Weapons and the Ninth Review Conference of the Biological Weapons Convention. We must seize the opportunity to strengthen these two vital conventions.

Second, in times of heightened international tension, we must continue to build trust and reduce the risk of conflict and escalation through misinterpretations and miscalculations. Nowhere is this more important than on nuclear issues. The UK remains firmly committed to making progress with the other NPT nuclear-weapon States on disarmament and strategic risk reduction. All the States parties to the NPT recognize “the devastation that a nuclear war would cause to all humanity and the consequent need to do everything possible to avert the danger of such a war”, as indicated in the preamble of this treaty. Reducing the risk of nuclear war is one of the primary responsibilities of nuclear-weapon States. The United Kingdom takes its responsibilities seriously and calls on the other nuclear powers to stick to these words, together with the declaration we jointly adopted only two months ago, and to engage seriously in efforts to reduce the risk of misinterpretation and miscalculation.

Finally, we need to re-examine the areas of arms control where the rules are weakest or where escalations are most likely to break out. For the Conference on Disarmament, there are two key areas; they are familiar, but they bear repeating. First, we must immediately begin negotiations on a fissile material cut-off treaty. Secondly, it is particularly important to make progress in the work aimed at preventing an arms race in outer space in a comprehensive way and to avoid focusing solely on the placement of weapons in space. The UK-led approach to responsible spatial behavior aims to avoid miscalculations and escalation that could lead to conflict and to ensure that our discussions and negotiations keep pace with rapid technological developments and include all State threats in space and on Earth.

It is up to all of us to work together on the issues we face with a constructive attitude to ensure a safe, peaceful and more prosperous world for generations to come. The subsidiary bodies give us a good opportunity to go into detail on these and other related points.

For today, however, let me conclude by reiterating the UK’s solidarity with the President, government and people of Ukraine at this time of dire need. Their courage and determination are an inspiration to us all. As yesterday’s vote in the General Assembly made clear, the world is on their side.