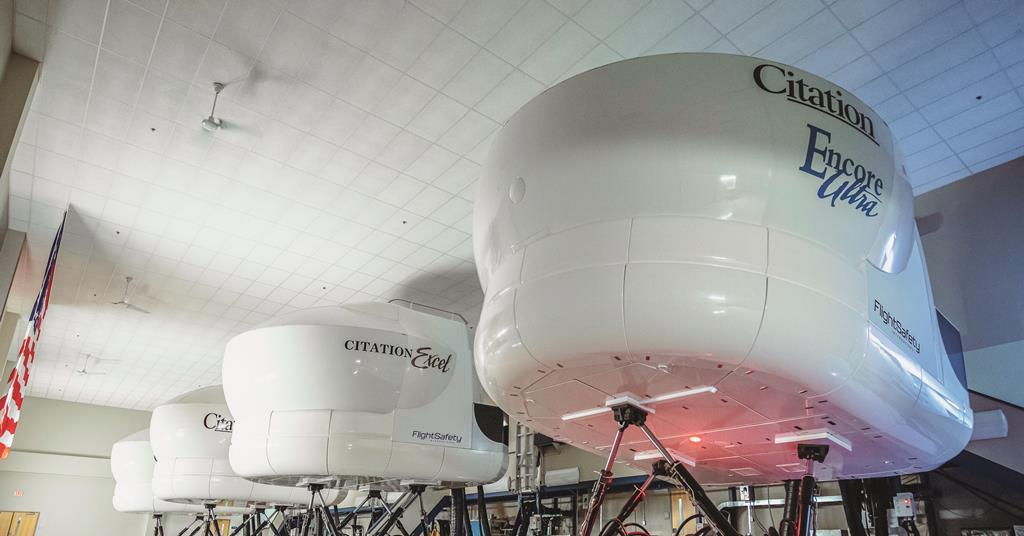 It’s easy to find reasons not to pay for your flight crew to train on a simulator beyond the minimum required to be legal. After all, cost and time away from work aside, what could be more useful for a pilot than gaining sharp experience in the cockpit of a real aircraft?

However, rejecting simulation training from a professional organization is, at best, a false economy and, at worst, risks your employees being unprepared for what may face them in the sky, says Brian Moore, vice president Senior Operations Officer at FlightSafety International.

“You can do things in a simulator that you can’t do safely training on an airplane,” he says. “You can simulate an electrical malfunction, knock down buses or circuit breakers. You can actually run through all of these scenarios and see how the pilot reacts, which makes him much more prepared. The paradox of modern simulators is that, thanks to advances in visual and kinetic technology, they can realistically create the kind of unexpected conditions a pilot might find themselves in, with one big difference – unlike an airplane, the device is bolted to the ground. and cannot fail.

This means that pilots who have received extensive simulator training are usually much better equipped for whatever the job throws at them. “You go through all of these situations and learn how to deal with them,” Moore says. “You are ready.”

He cites the example of bad weather. “A training flight in an airplane would probably not take off in the worst conditions. But that’s when pilots get really stressed in the real world, even when something relatively minor goes wrong,” he says.

“In a simulator, you can put the pilot in bad weather, at night and with ATC [air traffic control] bark at them. Then we can add a little malfunction to see how they handle that with everything else.

The idea is not to stretch the pilot’s nerves to the breaking point, but to assess his response under pressure. “A lot of the learning comes from debriefing. Did they rise to the challenge or did they get stressed out? Moore said. “Asking themselves what went well and what could have gone better leads them to self-discovery.

Another often-raised objection to simulator training is the cost, but “it often surprises people,” Moore suggests. “When you look at all the overhead costs of training on an airplane, when you really put pen to paper, you realize the cost could be almost equal or even greater,” he says.

Using a corporate or private jet for pilot training is also not the optimal use of an expensive asset, Moore says. “Most people didn’t buy their plane to train pilots. It was bought as a tool of trade, to move people or goods from place to place.” 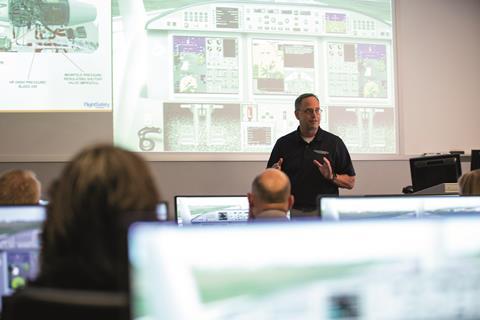 However, there is a more fundamental problem with the price of simulation time. “People might think training is expensive, but so are accidents,” he says. “If the training saves you the trouble, it certainly saves a lot of costs for the company.”

Moore admits it can be harder to convince aircraft owners of the value of simulator training in some parts of the world. “In North America, the concept has been around for a long time and is widely accepted. Europe is the same,” he says.

“However, when you start to diversify into new markets, there is sometimes less familiarity and understanding of the value proposition, and our teams have to work harder and have those conversations when cost is a big factor and There are issues with pilots staying away for long periods of time.

In these cases, however, it is not just FlightSafety representatives who persuade. “Word of mouth is becoming vital,” he says. “A lot of people we have trained really see the value in it. Customers become our best ambassadors.

Ultimately, FlightSafety’s mission is to change minds. “Training isn’t just about making a pilot proficient,” Moore says. “We want better than that. We want pilots to be prepared, able to rise to any occasion and get the plane off the ground safely.

Training, he concludes, shouldn’t just be “regulation-based with a few safety aspects sprinkled in.” Instead, the focus should always be on “safety-based training that happens to be compliant with regulations.”