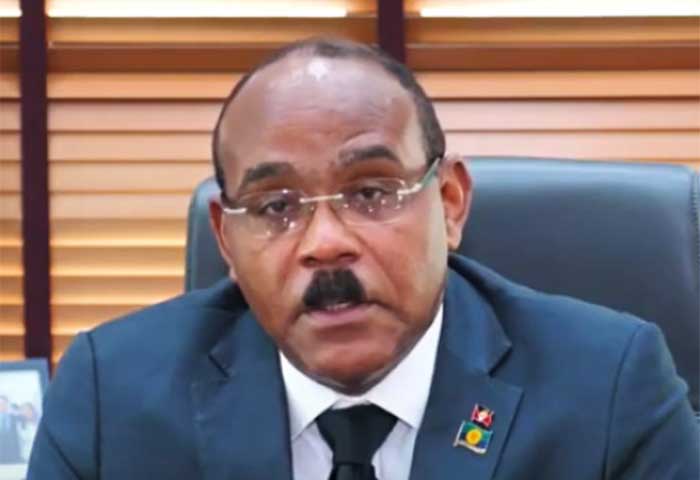 We have come to the end of a very difficult year for our Community and its Member States. However, we have used our collective intelligence, wisdom and strength to fight the adversity we have faced.

We have endured the shocking assassination of a sitting head of state and government, the lingering specter of COVID-19, an earthquake, tropical storms and an agonizing volcanic eruption, all of which have put our courage to work. test in 2021. The disappointment with the outcome of the COP26 has also given food for thought.

We are all deeply disturbed and saddened by the heinous and reprehensible murder of the President of Haiti, His Excellency Jovenel Moise – an action that is not in keeping with the values ​​we hold dear. To their immense merit, the Haitian people have remained relatively calm despite the tragedy that occurred at a time of deep turmoil in the country. We continue to closely monitor the current situation in our member state and have offered to facilitate a process of national dialogue and negotiation to help the Haitian people and their institutions find an indigenous solution to the crisis.

We also showed compassion to Haiti, as more than 2,000 people lost their lives when an earthquake caused catastrophic damage in the southwest of the country, also causing extensive damage to infrastructure.

Another major natural disaster occurred with the eruption of the La Soufrière volcano on Saint Vincent and the Grenadines. It uprooted a fifth of the population, made a third of the country uninhabitable and destroyed a significant percentage of its agriculture. The ash falls hit neighboring islands, causing the Barbados airport to close.

Community solidarity was once again manifested as Antigua and Barbuda, Barbados, Grenada and Saint Lucia all agreed to welcome evacuees from areas made uninhabitable by the volcano.

This has also been demonstrated in efforts to acquire the vital vaccines to protect our people and give our countries a chance to kick-start the economic recovery they urgently need. The sharing of much-appreciated vaccines donated by the Indian government, the relentless persistence of our government leaders, who ultimately secured supplies from the United States, and the commitment of the African Vaccine Medical Supplies Platform to reduced prices exemplified the unity which is the heart of the Community.

However, we have failed to persuade enough of our citizens to get vaccinated to achieve herd immunity and reduce the rate of infections and deaths, as well as the stress on our health systems and staff. Getting vaccinated is an act of good will towards our fellow citizens that resonates with this season of joy.

Last year, we strengthened our relationship with Africa at the very first historic CARICOM-Africa Summit. The Summit recalled the spirit and vision of the first Pan-African Conference in 1900, and affirmed the commitment of current Afro-Caribbean leaders to rekindle and renew relations.

It was also a landmark year for our community as Dr Carla Barnett, a national of Belize, became the first woman to become Secretary General of CARICOM. The heads of government look forward to working with her to continue the quest for sustainable development in the Community. Dr Barnett replaced Ambassador Irwin LaRocque whose commitment and hard work pushed the regional agenda forward.

As we approach the end of the year, it ends Saint Vincent and the Grenadines’ two-year term on the United Nations Security Council. Our CARICOM member state has made excellent use of the opportunity to highlight issues of importance to small states.

As Saint Vincent and the Grenadines completes its term on the Security Council, Antigua and Barbuda has assumed leadership of the Alliance of Small Island States (AOSIS). As such, the country ensured that AOSIS plays a key role in the negotiations at the recently concluded COP26 in Glasgow, Scotland.

These accomplishments would have made Sir Lester Bryant Bird proud. This integration giant passed away during the year. National hero of his country, Antigua and Barbuda, Sir Lester’s contribution to the development of his country, the Organization of Eastern Caribbean States (OECS) and the Caribbean Community has been immense.

Another pillar of regional integration, Sir James Mitchell, also died during the year. This indomitable champion of Caribbean unity has left an indelible mark on his country, the OECS and CARICOM.

The engagement of men like Sir Lester and Sir James must be an inspiration to all of us as we continue to make our Caribbean Community a resilient region capable of overcoming any obstacles to progress that stand in the way. our way.

Have a safe and happy holiday season.